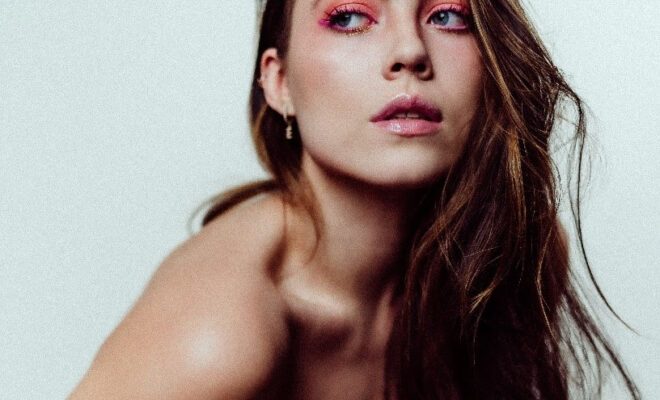 The Story Behind: ‘Psychopath’ By Emily Weisband

Emily Weisband just debuted her latest single “Psychopath.” The song, accompanied by a visually captivating music video, shows off her songwriting prowress. Discover the story behind the song’s creation, below.

Emily Weisband On The Beginning Stage of The Creative Process

“I’m so excited it’s officially out in the world,” she began. “I was in a weird mood one day because an ex of mine had gotten engaged and I saw it on Instagram. I felt guilty being affected by it because I had a great new boyfriend, but when I told him about it he said ‘Well of course you feel weird about someone you used to love marrying someone else… you’re not a psychopath!'”

“I had that song title floating around in my head after he said that so one day while I was driving around running errands I started messing around trying to marry that statement ‘I’m not a psychopath’ with a melody and phrasing that made it feel hitty yet conversational. I brought that into the writing room later that afternoon and explained the idea to my friend Tofer Brown… he liked it and we started building off what I had been vibing on in the car earlier!”

“I write music as casually as I eat lunch. So sometimes I can’t remember exactly how it went… it’s like I mindlessly lose myself in the process a little! I did bring ‘Well… yea, cause I’m not a psychopath’ into the room that day though so I guess we can consider that the first official lyric!”

“So Tofer is a brilliant musician,” she gushed. “He knows every chord in existence I’m pretty sure… our usual process is that he’ll give me headphones and a mic and then he’ll play the piano, mess with different piano sounds and record our writing session. So we write it right there on the mic—maybe I’ll release a writing session one day so people can hear how it went down!”

“Once the song was written he laid down a more official Rhodes track and I sang a quick vocal,” she recalled. “When it came time to produce it for the EP I collaborated with Sam Sumser and Sean Small. Tofer sent them the stems and they made a new track based off my demo vocal then I went in and re-sang the vocal on the new track! They usually finish the track halfway, get my vocal and then add the ear candy around my vocals to make sure it stays tasteful. From there David Emery is my mixing secret weapon and it was mastered by Dale Becker. Collaboration makes the music world go round and it literally takes a village to get a song all the way there so I’m grateful for everyone who has given their time to making my story come alive!

Weisband has always been involved in every aspect of her music, including visuals. “I’ve added some new people to the visual team and I’m trying to embrace their perception of the music,” she shared. “Making visuals is art just like writing and singing a song is. My music is very point-blank and up to this point my visuals kind of have been too so I wanted to give people something new to look at when it comes to me.”

“Chris Ashlee has been doing all of my videos and he’s really good at connecting all of the visuals on a project to create a body of work,” she said. “For example at the end of the ‘New Salt’ video I fall asleep in a hotel room… the beginning of the ‘Psychopath’ video is me waking up in that same room except my look and the lighting has completely changed and all of the furniture that was in the ‘New Salt’ hotel room is now wrapped in cellophane as kind of a nod to Dexter.

“We also added Ceci Mula to the team for the project,” she continued. “She’s an unbelievably talented artist, but when I first met her she told me that a lot of her friends listened to my music. I told her I wanted her to help me create what her friends would want to see from me next. What would get her friends going? How could I connect with my demographic visually in a way that I haven’t yet…. so it’s a journey that will be ever-changing and evolving but I’m really excited to keep growing in that area and trying new things!”