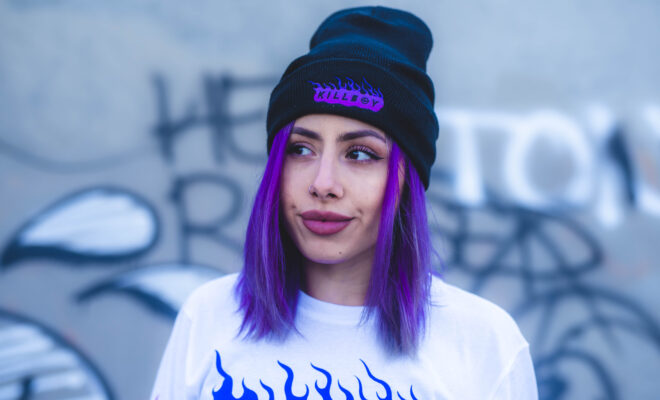 The Story Behind: ‘F–K YO FRIENDS’ From KILLBOY

KILLBOY spoke about the creative process behind her track “F–K YO FRIENDS.”

So, how exactly did the initial idea for the song come about? “My shawty seemed like they cared more about what everyone else had to say about me than about their own feelings,” she said. “I started playing around on the guitar on IG LIVE and I came up with ‘I don’t care what your friends say / your friends aren’t even cool / I never cared what mine said about you.'”

“I had that part stuck in my head for weeks and knew I wanted to do something with it,” she added. “But I was just letting the idea marinate. A couple weeks later I saw my crush’s friends talking shit about me in a group chat, and I was like ‘Man, f–k yo friends.’ Then as I’m driving home my life turns into a music video, as one’s life does when driving home, and with one hand on the wheel and one out the window I’m singing ‘F–k yo friends baby f–k yo friends, they don’t like me and I don’t like them.’ I realized if I joined those two parts together, and threw in some verses I’d have me a dadgum song.”

At the end of the day, she had to let it sit before finishing the song. “It took a couple of weeks to live life and get those two parts and realize they should go together. Then I got excited, produced it and wrote the verses at the end.”

KILLBOY was in her gaming chair in her dark room when creating the track. She was chugging energy drinks while watching her strobe lights flash. She was also “fiending away on Ableton at full volume while my cats sleep rent-free and peacefully.”

“I started by recording the parts I already had (guitar, pre-chorus and hook), then I produced out the track,” she explained. “It’s pretty a simple beat: guitar, a piano riff, 808s and drums. I freestyled all the verses once I had a beat. Popped in Oxford Inflator and Ozone 9 to the master chain and called it a day.”

“I was probably planning to add in more production later,” she shared. “But then I played it at like 5 AM on my birthday and it was really smackin’ my heartstrings and my friends kept telling me to replay it so I realized I should probably stop overthinking and just put it out the way it was.”

As for a future music video, she’s envisioning a “Me against the world – type beat.”

← Previous Story Sophie And The Giants Release Stripped Back Acoustic Version of “Right Now”
Next Story → The Story Behind: ‘7th Heaven’ From Angelina Jordan