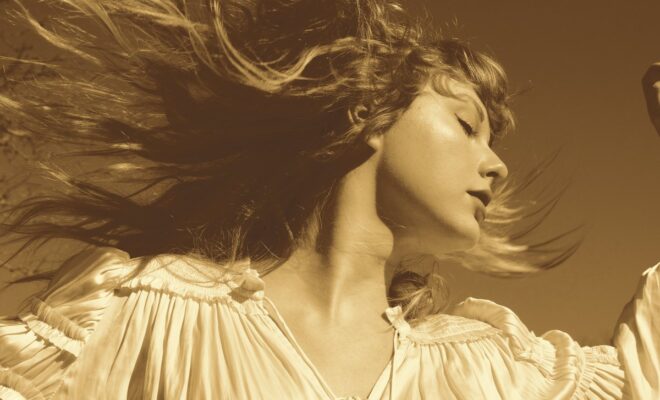 Fans went crazy for the re-recording of “Love Story” from Taylor Swift.

“Love Story (Taylor’s Version)” was released roughly thirteen years after the original song.  “’Love Story’ is a song that I wrote when I was 17 and I think it involved teenage angst,” the “Lover” singer recalled in a press release. “I think I was mad at my parents for not letting me go on a date or something, and it also is a good example of what a hopeless romantic I was and still am. I really loved the story of Romeo and Juliet, except for the ending because that was just like too devastating to process. So, I changed the ending in the song and I’ve just ever since been so honored by the fact that people have celebrated this song so much. I feel really lucky that people responded to it the way that they did and continue to.”

The best part of this re-recording process was including some of her closest co-workers – her touring band. “One fun thing about re-recording ‘Love Story’ is that I really wanted my touring band to get a chance to play on this version,” she explained. “Because you know a lot of them have spent years playing this song over and over again. So, it was really important to me to have my band, who I’ve toured with and shared a stage with for so many years playing on the record. But we also have Jonathan Yudkin, the original fiddle player. We’ve got Caitlin Evanson, the original backup vocalist, and I think it’s really, really great that it’s a combination of the originals and people who have been sweating on stages with me for over a decade.”

Taylor Swift will release the re-recording of her sophomore album Fearless on April 9.

Related Itemstaylor swift
Staff
← Previous Story EXCLUSIVE: Pale Waves Interview on ‘Who Am I’ Album
Next Story → Maren Morris and Ryan Hurd Interview On ‘Chasing After You’ Duet