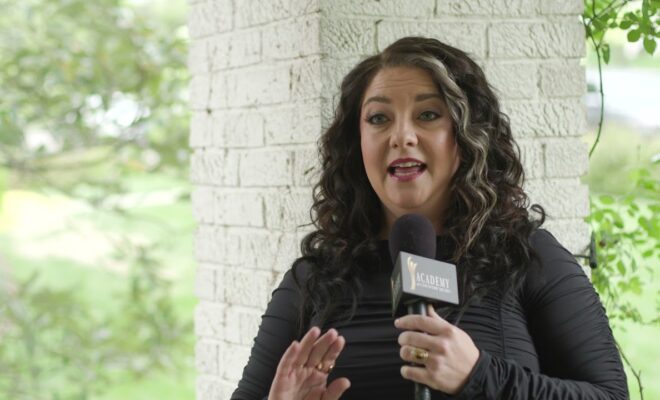 Ashley McBryde is super appreciative of being able to enjoy live music once again. McBryde is ready to give it her all at the Academy of Country Music Awards this weekend.

Ashley McBryde has four nominations at the 2021 ACM Awards. She is up for Song of the Year for “One Night Standards,” Female Artist of the Year, and Album of the Year for Never Will. She is also set to perform during the telecast.

“Every nomination feels awesome. Four is incredible,” she gushed. “Plus, we get to attend. Being in the room makes it extra special too. There’s nothing like missing out on a whole year of this to make you really appreciate it this year.”

All of her performances are something that listeners can’t help but watch in amazement. This upcoming show will be no different. “We’re going to do ‘Martha Divine.’ Of all the venues, we ended up recording outside,” she shared. “We’ll be on the river, downtown. We’ll have the entire cityscape of Nashville in the background – it’ll be awesome.”

For Ashley McBryde, she is most excited to see Miranda Lambert and Elle King kick off the show with “Drunk (And I Don’t Wanna Go Home).” She said, “That is going to be incredible I’m obsessed with that song.”

Catch the 2021 ACM Awards on Sunday, April 18 at 8 PM ET on CBS. Keith Urban and Mickey Guyton will be hosting the show that will take place in Nashville, Tennessee. Be sure to catch Ashley McBryde’s performance!