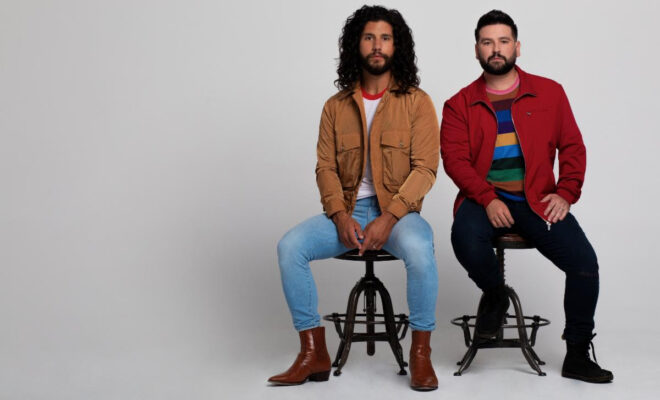 Dan + Shay are ready to leave fans speechless with their 2021 ACM Awards performance.

Dan + Shay On Their ACM Nomination and Performance

“It feels so good to be included in the ACM Award show.” Shay Mooney said. “We used to have to sneak into the ACM Awards so we’re very grateful to be invited. Being nominated is such an honor. We’re friends with everyone in the category and it feels like such a family. Hopefully, we take one home. It’s such an honor to be included – being able to perform this year feels really good.”

Their performance of “Glad You Exist” is going to be stripped back. “It’s going to be chill, it’s going to be intimate,” Dan Smyers said. “We wrote this song for the people in our lives that we’re grateful for and I think it’s really connected with the fans. It’s a message of positivity and hope that we all need after the last year. It’s going to be pretty straightforward. This one’s about the message. It’s what everyone’s really needing right now.”

“We’re going to bring a lot of positive energy and I think we all need that sense of togetherness,” they added. “We’re so thankful to be part of that message. If you need a pick-me-up and to see your favorite artists this is the place to be. It’s going to be a party with a lot of good things happening and we’re excited to be a part of it.

When it comes to watching their fellow performers, they can’t choose a favorite. “When you watch country award shows, wall-to-wall the performances are always incredible,” Smyers said. “Keith and Mickey are going to be amazing – it’s going to be a fun show. The world is slowly coming back to normal and the ACMs are a step in the right direction with that.”

The 2021 ACM Awards will air on CBS at 8 PM ET on Sunday, April 18. The show will be hosted by Keith Urban and Mickey Guyton and take place at three historic venues in Nashville, Tennessee.