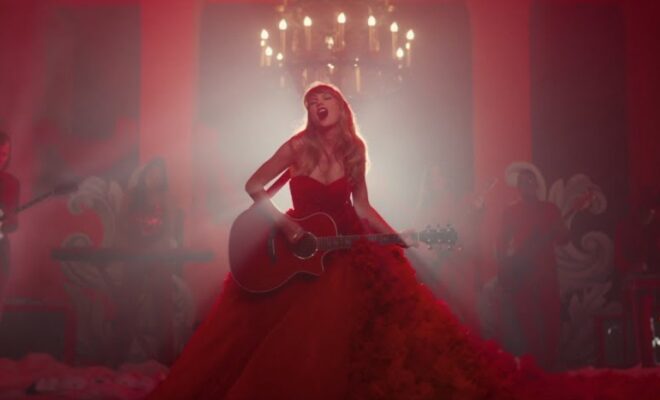 Thought you had had enough new Taylor Swift for the week? You thought wrong, because here comes the “I Bet You Think About Me” video!

Barely 48 hours after the release of her All Too Well short film, Swift surprised fans today (Nov. 15) with the release of the music video for her song “I Bet You Think About Me (ft. Chris Stapleton).” The track is one of the nine ‘From The Vault’ tracks featured on Red (Taylor’s Version), Swift’s re-issue for her infamous 2012 fourth studio album.

For the video, Taylor Swift entrusted long-time friend and actress Blake Lively with co-writing and directing duties, which marks Lively’s debut behind the camera.

“I finally got to work with the brilliant, brave & wickedly funny Blake Lively on her directorial debut,” Swift had captioned a post revealing the teaser of the “IBYTAM” video the day before. “Join us as we raise a toast, and a little hell.”

Watch the “I Bet You Think About Me” video below.