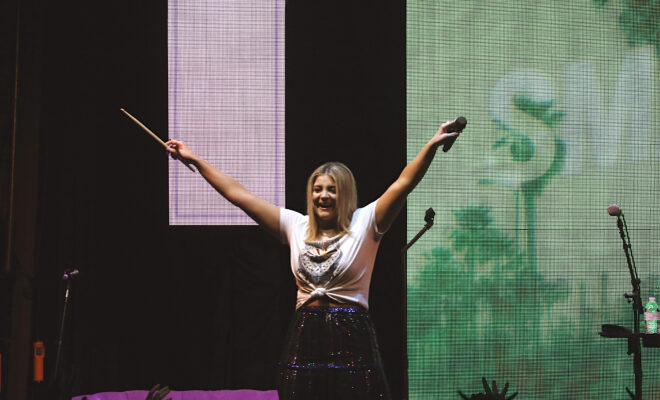 Lauren Alaina revealed that she is ready to act on her favorite show, Criminal Minds.

The “Road Less Traveled” songstress was most recently featured on a new CBS reality show, Beyond The Edge. While the competition survival series didn’t showcase her acting chops, Lauren Alaina is ready to take on more acting roles.

Alaina has been able to bing shows while on her Top of The World Tour. She recently tweeted about needing to watch Love Is Blind based on the gifs from the reality series.

“I have not seen Love Is Blind,” she admitted.  “I need to. My current binges and my all-time binges are the same answer, Criminal Minds. I am in the pandemic I started the show over, Season One, and I think I’m on season 11 or 12.”

When asked if she would like to guest star on the upcoming revival of the Paramount Plus Criminal Minds, Lauren Alaina didn’t hesitate to agree. However, if in a guest role, she would want a particular role based on her extensive knowledge of the series.

“The killer only because you see them longer in the episode. I’m all for it,” she concluded.

Read our full interview with Lauren Alaina for free in our latest issue, below.

Lauren Alaina and Her Goals Beyond ‘Criminal Minds’

Lauren Alaina has always been outspoken about her list of goals and aspirations. Being inducted into the Grand Ole Opry was the final competition on her original list. So what’s next? Well, that’s a loaded answer. She plans on focusing on music while also getting into more acting.

“I want to sell out arenas,” she confessed. Another goal of hers is to be nominated for Female Vocalists of the Year in all of the award shows and eventually win them all.

“I want to do more acting, I’d like to do another reality show of some sort not sure which one,” she added. Her last goals are to get married and to have children of her own. It sounds like Lauren Alaina has all of her goals and future figured out.