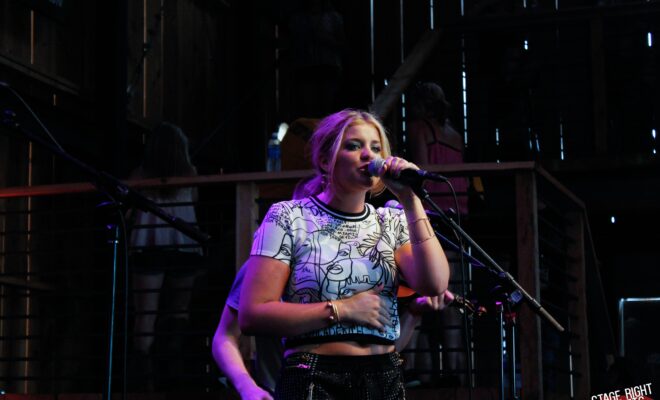 Lauren Alaina had a full circle moment on American Idol when meeting a contestant and reliving the moment she met Carrie Underwood on the show.

Earlier this year, Alaina returned to her stomping grounds as a mentor to contestants on the ABC reality competition series. She met a contestant named Riley during the episode. Riley was a huge fan of Lauren Alaina’s music and it took her back to the moment when she was in Riley’s shoes.

“Well, I cried like a baby when I met Carrie,” she recalled. “I’ll never forget it. I just remember feeling so overwhelmed. I loved her so much and when I saw her, I saw her across the room and I just literally sobbed.” She shared a similar experience with Riley, years after she became a country music superstar.

“I had this crazy moment with Riley. I thought, ‘Oh my gosh, is it possible that she feels the way I felt when I met Carrie?’ So it was a really sweet moment. I’m so thankful I got to meet her. I’ll never forget meeting Carrie and how sweet she was. If I could even be a fraction of that for Riley, you know that means so much to me.”

If you attend a Lauren Alaina or Carrie Underwood concert, chances are you’ll see a poster from a child that says it’s their first ever live show. For Alaina, her official first-ever concert was something that only she can say — she was the opening act!

“When I was young, I went to a festival a few times in my hometown called Riverbend. Those were the only concerts I’d ever been to,” she explained. “My family didn’t have a ton of money. So going to concerts was difficult for us because there wasn’t extra money to spend on things like that. One year, I went to go to Riverbend to meet Blake Shelton. I had won the M&G from a singing competition.”

The moment of meeting Shelton stuck with her for years to come. “I remember just being so overwhelmed with happiness that I was meeting him,” she added.

As for her first ever official concert that wasn’t a hometown festival, but full set from an artist, she had the chance to be an opening act for a country music

“My first real concert for a specific person was mine, opening up for Jason Aldean,” she revealed. “Now, I’ve been able to go to concerts. But I grew up in a small town, I just dreamed of concerts. I dreamed of what they might be like and what the shows would be like. My first solo act if you will, Jason Aldean was my first concert and I was opening up for him.”