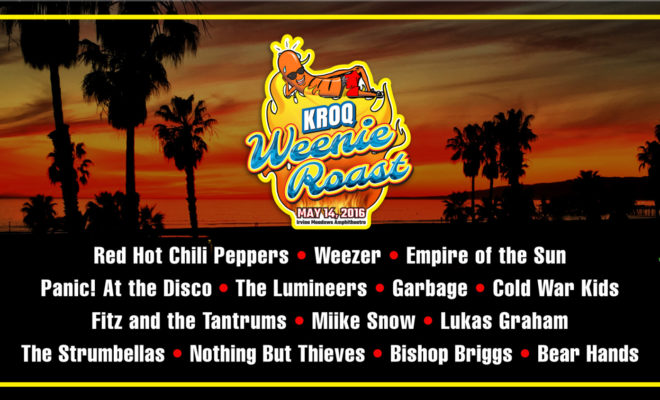 In LA, you know summer has arrived once it’s KROQ Weenie Roast time. It is the World Famous radio station’s summer concert and it is the perfect way to kick off summer.

And what everyone did not expect was a surprise performance from a little band called BLINK 182!!! They graced Irvine Meadows presence and played the obvious hits, their newest single “Bored to Death” and a few others on their soon to be released album, California (out July 1st).

Another surprise last night was an unfortunate one. RHCP who were supposed to headline had to cancel their set  last minute due to lead singer Anthony Kiedis falling ill from extreme stomach pains.

Bassist Flea addressed the crowd saying, “Anthony is on his way to the hospital right now and we’re unable to play this evening. We are devastated about it. We’re really sad. We love you so much. We live to rock. …. But unfortunately there’s a medical thing that happened and he needed to deal with it.”

Therefore Weezer stepped up by playing an extended set and closing out the show.