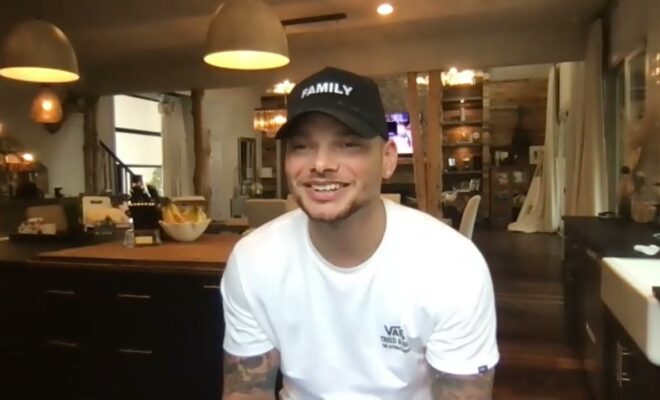 Kane Brown is gearing up for the 2021 ACM Awards.

“It’s an honor to be nominated. This last year, I’ve been down on myself not being able to be out with the fans to tour,” Brown shared. “It feels awesome to be recognized, especially for music video which is just a beautiful song to me about what’s been going on in the world in 2020.”

Brown revealed that he will be giving the debut performance of “Famous Friends” alongside Chris Young. “It’s awesome, especially getting to work with such a close friend,” he said of his collaborator. “It’s an honor to work with him, we’ve had some songs in the past and I’m glad this one went out as an actual single.” He added, “I’m so excited to hit the stage. It’ll be my first live event performance in a while and I love getting to perform on TV.

Overall, he’s just excited to be there and get back to playing music. “I’m looking forward to seeing everyone perform and see who wins. Congratulations to everyone who has been nominated. I’m especially excited to see me and Chris Young,” Kane Brown concluded.

The 2021 Academy of Country Music Awards will air on Sunday, April 15. Fans can watch the show live at 8 PM ET on CBS. The show will be taking place at three historic venues in Nashville, Tennessee. Keith Urban and Mickey Guyton will host the show. Urban previously hosted the 2020 awards show which also took place without a live audience due to the COVID-19 pandemic. This marks Guyton’s first time hosting an awards show.

Be sure to check out Kane Brown’s performance!