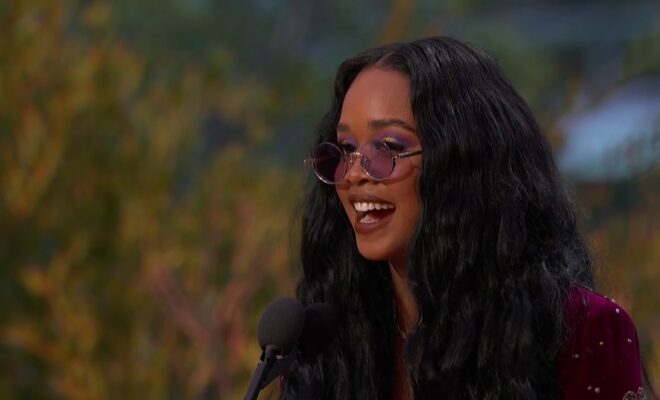 H.E.R. Wins Song of the Year GRAMMY for ‘I Can’t Breathe’

H.E.R just won song of the year at the 2021 Grammys for her powerful anthem, “I Can’t Breathe”. This is her second win and thirteenth nomination.

H.E.R. may stand for “Having Everything Revealed,” yet she operates with an air of mystery. The Northern California native is believed to have been born Gabi Wilson, but has never confirmed her true identity. The singer/songwriter’s H.E.R Vol. 1 got the attention of many with her cover of Drake’s “Jungle,” and her I Used to Know Her: The Prelude debuted at No. 1 on the Billboard Top R&B Albums chart. H.E.R. received her first GRAMMY nods, including for Best New Artist and Best R&B Song, at the 61st GRAMMY Awards.