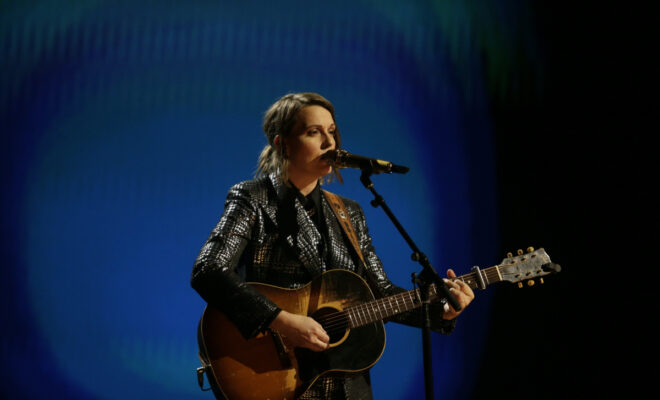 Brandi Carlile Wows With ‘I Remember Everything’ Performance at 2021 Grammys

Brandi Carlile once again showed the world just how talented she is with her 2021 Grammy Awards performance. The country songstress performed “I Remember Everything ” during the telecast to honor John Prine.

Brandi Carlile and The Grammys

She took the stage with just her acoustic guitar and a spotlight of her. A portrait of Prine was illuminated behind her. After her performance ended she thanked him for his contribution to music.

“I am in complete shock,” Carlile said. “I am so thrilled! First and foremost, Lori McKenna and Natalie Hemby, my girls. Thank you so much for inviting me on your beautiful song. And to The Highwomen, Amanda Shires, Maren Morris, Sheryl Crow, Yola, and of course, Dave Cobb.”

“We just wanted to see women in country music embraced, platformed and singing. We’re seeing that more and more. What a complete and astounding honor.”

“We don’t want more; we want the same opportunity.” That’s the message of The Highwomen, a.k.a. country supergroup Brandi Carlile, Natalie Hemby, Maren Morris, and Amanda Shires. The group taking its namesake from the legendary country supergroup, The Highwaymen. The Highwomen formed in 2016 and their self-titled debut album was released in September 2019