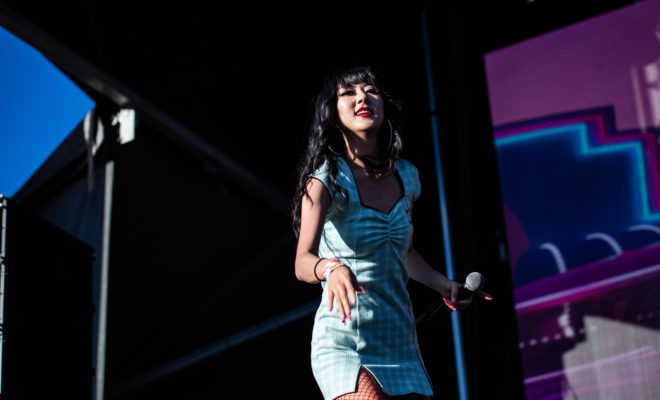 I’ve had the honor of performing in a lot of different cities so I have a few favorites for different reasons. Tokyo has got to be in the top 3 for me because it’s my favorite city in the world. Japanese people love hip hop and hip hop culture. Even if they don’t speak a lick of English, they turn up so hard to the music, it’s an incredible sight to see. Another favorite of mine is Chicago from the MGK tour that I was a part of. The people showed me so much love and as a DJ, you really feed off the energy of the crowd. They were going crazy during my whole set and because so many of my favorite rappers are from Chicago (i.e. Chief Keef), it was easy to pick which songs to play while paying homage to the city that I was performing in.

2. What’s your Favorite song to listen to right now

Anything from the new Summer Walker album!

Any of Chief Keef’s hits.

4. What’s One artist you’d love to work with

5. What’s the Last song you got stuck in your head

This might be weird but the Oompa Loompa song lol.

6. How do you get pumped for a show

I get really nervous because I’m just an anxious person in general, so instead of “getting pumped”, I try to calm my nerves lol.

7. What inspired you to be a musician

Going to raves as a teenager and seeing how one person could control an entire Coliseum of people.

9. Who Inspires your style

In terms of DJing, I’m super inspired by the female DJs doing their thing, especially Peggy Gou who is also from South Korea. Seeing her become such a global force in the DJ/producer game has been amazing to watch.