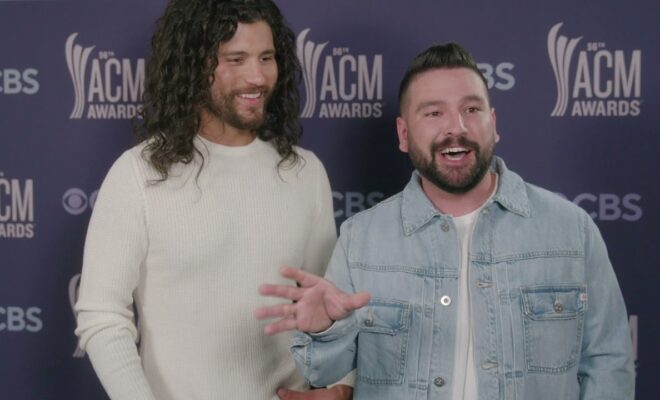 The pair performed an acoustic rendition of their latest single at the Bluebird Cafe. The country singers recently released an acoustic recording of the song that has been a favorite among fans. Stage lights flashed behind them while Dan Smyers plucked his acoustic guitar and Shay Mooney performed vocal runs.

Moreover, Dan + Shay wanted their performance to bring together country music fans from their homes. “It’s going to be chill, it’s going to be intimate,” Dan Smyers said prior to the telecast. “We wrote this song for the people in our lives that we’re grateful for and I think it’s really connected with the fans. It’s a message of positivity and hope that we all need after the last year. It’s going to be pretty straightforward. This one’s about the message. It’s what everyone’s really needing right now.”

“We’re going to bring a lot of positive energy and I think we all need that sense of togetherness,” Dan + Shay said. “We’re so thankful to be part of that message. If you need a pick-me-up and to see your favorite artists this is the place to be. It’s going to be a party with a lot of good things happening and we’re excited to be a part of it.”

“It feels so good to be included in the ACM Award show,” Shay Mooney assured. He revealed that they used to sneak into the ACM Awards before they signed their record deal and are grateful. This year, they are nominated for Duo of the Year. They took home the honor last year.  “Being nominated is such an honor. We’re friends with everyone in the category and it feels like such a family. Hopefully, we take one home. It’s such an honor to be included – being able to perform this year feels really good.”

The 2021 ACM Awards took place on Sunday, April 18. Keith Urban hosted the show for the second year in a row alongside Mickey Guyton. Guyton became the first female Black woman to host the ACMs in history. The show took place at iconic Nashville venues like the Grand Ole Opry, Ryman Auditorium, and Bluebird Cafe.