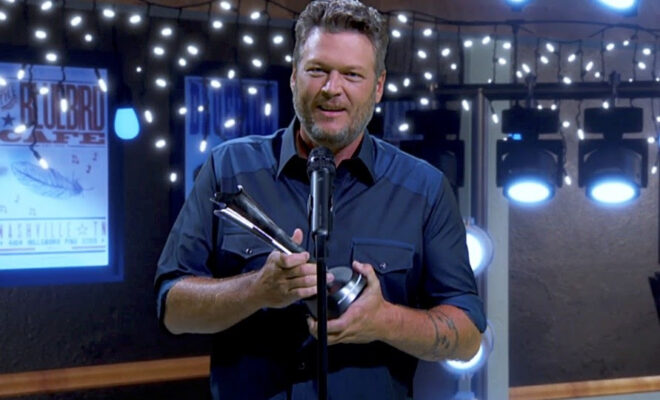 Dan Smyers, Shay Mooney, and Blake Shelton are all signed to Warner Music Nashville, but their relationship doesn’t end there. Shelton featured the duo as his advisors on NBC’s The Voice. “They gotta be on the show,” he said of the pair. “I mean those kids! I’ve been watching their careers – they toured with me when they had their first single out for about a year. Listen for this lineup. It was Neal McCoy, Dan + Shay, The Band Perry and me. And it was an interesting combination of people man. We had a blast out there.”

Could there be a reunion in the future? “I often thought that would be a fun tour to get back together again you know,” he admitted. “Neal’s crazy and I didn’t know at the time you know Dan + Shay, they’re both great guys but Shay is one of the funniest human beings I’ve ever been around in my life so it’s no wonder to me that they went on to be the big stars that they are now.”

Blake Shelton On Returning to Touring

“You know what, we’re getting back to performing music,” he said. “Even though it’s baby steps we’re actually showing up there. And even though we’re having to kind of isolate and do these things in different places it’s going to feel like a real award show. It’s going to like a real concert and it’s not going to be this something that we’ve been having to do on Zoom and FaceTime and stuff over the past year because the circumstances. We’re able to now at least get in the door and bring our bands and it’s going to be some damn good music.”