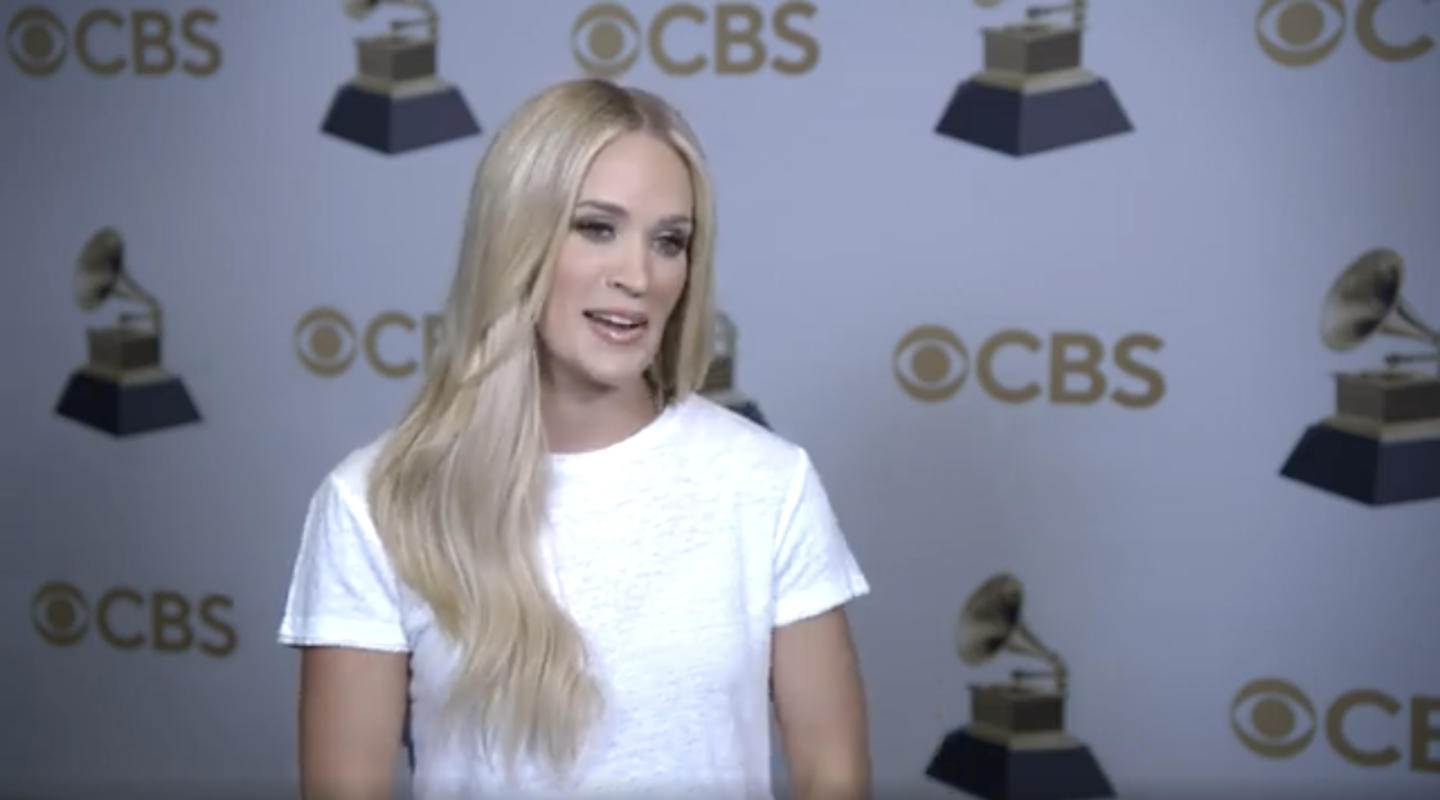 Carrie Underwood On Her Work Ethic, Advice For Up and Coming Artists, and More!

Carrie Underwood is going into the 2022 Grammys as a 2x nominee and performer!

The former American Idol spoke backstage about her performance, advice to music newcomers, and her work ethic.

“The biggest advice I could give to any person wanting to be doing what I’m blessed enough to do is just work super hard. Be willing to outwork everybody. Always push yourself to get better and just be nice to people,” Carrie Underwood shared.

“I feel like every time I get on stage or I’m doing really anything I’m always looking to prove myself,” she added. “Even if I have nothing to prove. I think that mentality has really served me well over the years. If I’m always just looking to just do everything my best and keep getting better that’s what’s going to differentiate me.”

As for her performances that make her proud (and rightfully so), she believes that those are some of her “best memories.”

“I think my first grammy win especially in such a competitive category like Best New Artist is one that I’ll always cherish. I still think, ‘How did that happen?’ So it’s just one I’m particularly proud of,” she concluded.

Carrie Underwood will be performing a song that she has yet to perform live.

“There are so many incredibly talented musical acts in so many different genres of music. Only a select few actually get to perform on the stage. Even if they’re nominated for multiple ones per night,” she said.

Although she said that she couldn’t give “too much” away, she managed to give a teaser to fans.

“It’s just exciting to perform a new song that I love,” she shared. “And just do it in a way that nobody’s seen before because nobody’s seen it. This is my first performance of this song. So I’m just excited.” Could it be that she is performing her latest single, “Ghost Story?” Some fans seem to think so.

Carrie Underwood has seven Grammy wins and sixteen nominations to her name. This year she is nominated for Best Country Duo/Group Performance for “If I Didn’t Love You” with Jason Aldean. Additionally, she is up for Best Gospel/Roots Album for My Savior.

Be sure to tune in to the 64th Annual Grammy Awards on Sunday, April 3 on CBS.