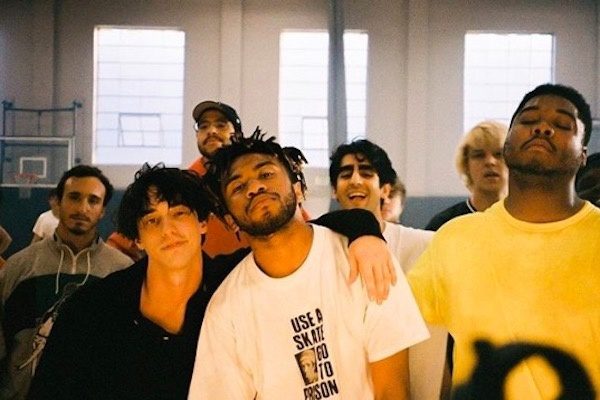 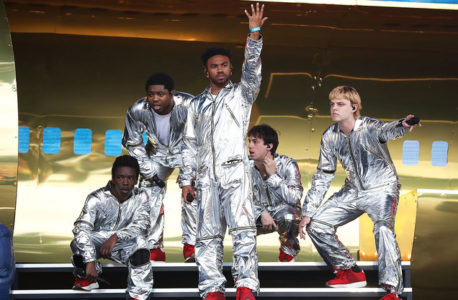 Seeing Brockhampton for the first time meant a lot to me. Having been a fan since ALL-AMERICAN TRASH, I had been wanting to witness this collective in the flesh since my sophomore year of high school, when I was first exposed to them. Each time I tried to venture out to their shows in Fort Lauderdale (where I’m originally from and went to high school), something came up, but I always had tickets to the shows – it just never worked out for some reason. Last year when Brockhampton came to Aragon and I missed them again, I accepted that it was just inevitable; I would never get to scream “Sweet” live (this is probably true, as they haven’t had this in the setlist for a while) or see Matt Champion in all his glory. But on December 8th, this all changed and I finally got the opportunity to see Brockhampton live.

Since none of my friends listen to rap, I was doing this show solo. As I walked into the venue, opener 100 Gecs was already on stage wearing witch hats and quite literally screaming into the microphone – and with intense autotune at that. The band’s sound and vibe was almost polar to that of Brockhampton and the crowd picked up on that. There was no movement in the packed crowd and many of them retreated to the bathrooms because the sounds from 100 Gecs were just too intense. I’ll admit that their energy was nice, but I, too, thought their music was not really my thing. I can definitely vibe with it though.

Before I knew it, the clock approached 9PM and lights dimmed, only to then glow a bright orange as Kevin Abstract appeared alone on stage to perform “ST. PERCY” by himself – after “Stay” by Rihanna played throughout the venue before his arrival to the stage. Quickly transitioning in “IF YOU PRAY RIGHT,” “ZIPPER,” and “BOY BYE,” the sold-out crowd was moshing like crazy – even the adults lingering in the back of the ballroom were dancing around and Facebook-living the show on their phones. Even though I haven’t been to a rap show in a hot minute, as soon as I heard the intro to songs “GOLD” and “SUGAR,” I was instantly transported back to my younger years – times when Brockhampton was all I exclusively listened to.

For the duration of their set, the collective mixed in some new material from GINGER, their latest effort (which I grew pretty fond of after this night), deep cuts from SATURATION, and of course closed out the night (it was the second to last song, but the energy in the crowd felt like an encore) with “BOOGIE” from SATURATION III. Between Brockhampton’s infectious stage presence, the crowd’s good vibes, and the positive energy in the room, I couldn’t have asked for a better night and better band to perform.