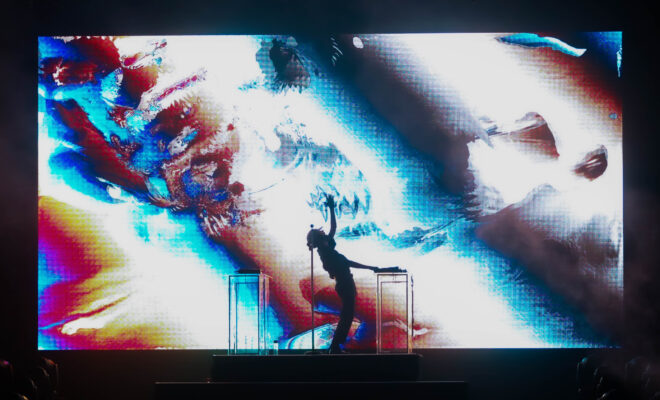 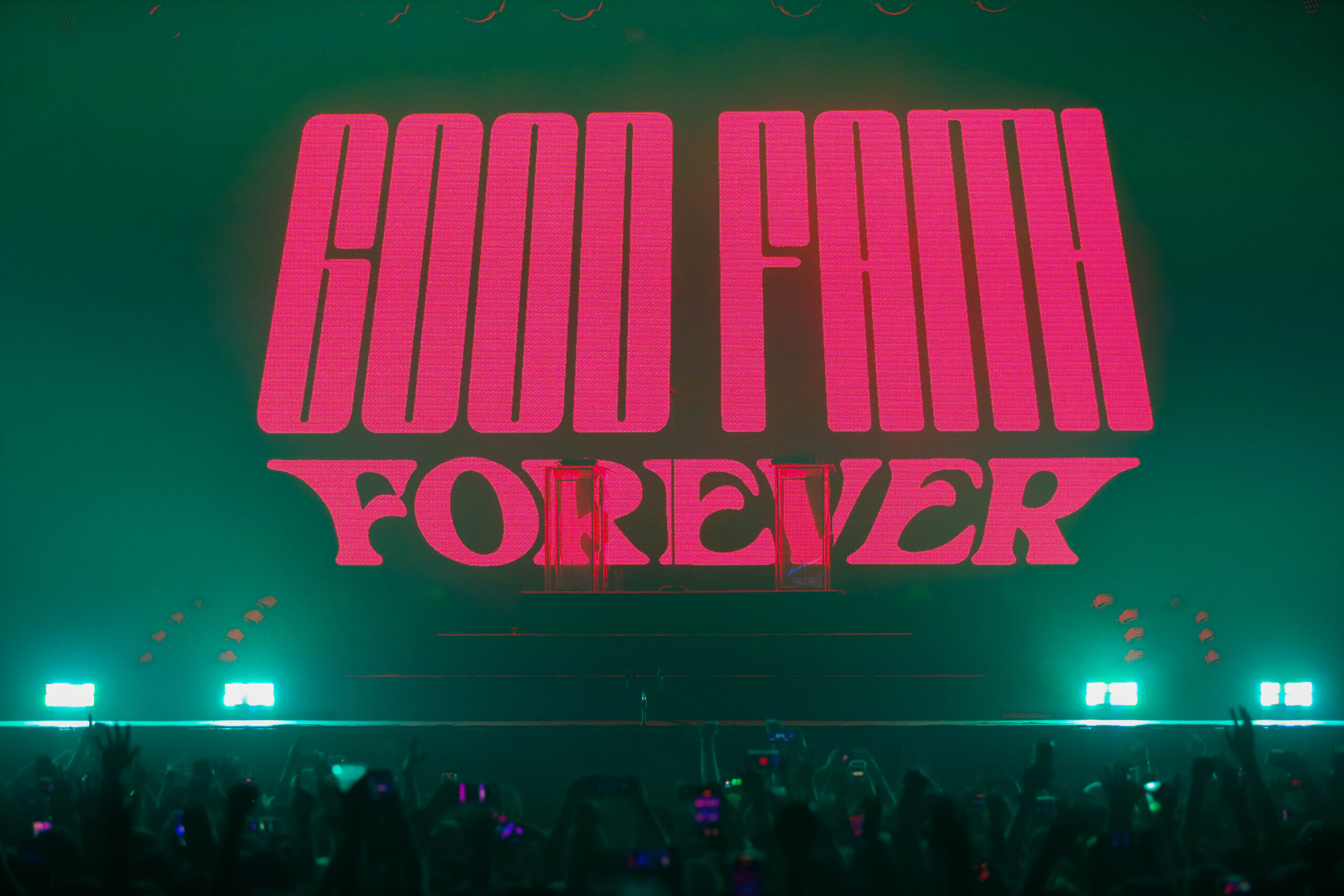 Madeon at The Aragon Ballroom in Chicago on March 12th, 2022 Photo by Stephanie Wanderling

French superstar Hugo Pierre Leclercq, more formally known by his stage name, Madeon, is back in Chicago with his refreshed version of Good Faith Forever. Once again completely dazzling the crowd with a visually pleasing, state-of-the-art production setup.

He was previously in town pre-pandemic at Lollapalooza and Concord Music Hall in 2019, to perform his highly anticipated album Good Faith, which was released back in November of 2019. Fans waited four years after his debut album Adventure, to hear the new grittier and original sound. Having worked with artists such as Porter Robinson, Ellie Goulding, Lady Gaga, and Two Door Cinema Club, you can definitely call him a well-seasoned veteran of production and songwriting. So this display of sounds seemed to be a breeze for him. This album can be described as a blend of nu-disco, techno, and French touch.

The opening acts were Yung Bae with support from local producers, Levity and Align. Levity had unveiled a core memory moment by dropping a remix of Grouplove’s Tongue Tied, which got the crowd ready to start the night. Just after was Align also getting the crowd going by hearing his latest hit single, Clear My Mind. Next to take the stage was Portland native, Yung Bae, who just took fans for a wild ride with a classic and nu-disco soundtrack preparing the audience for one magical evening. 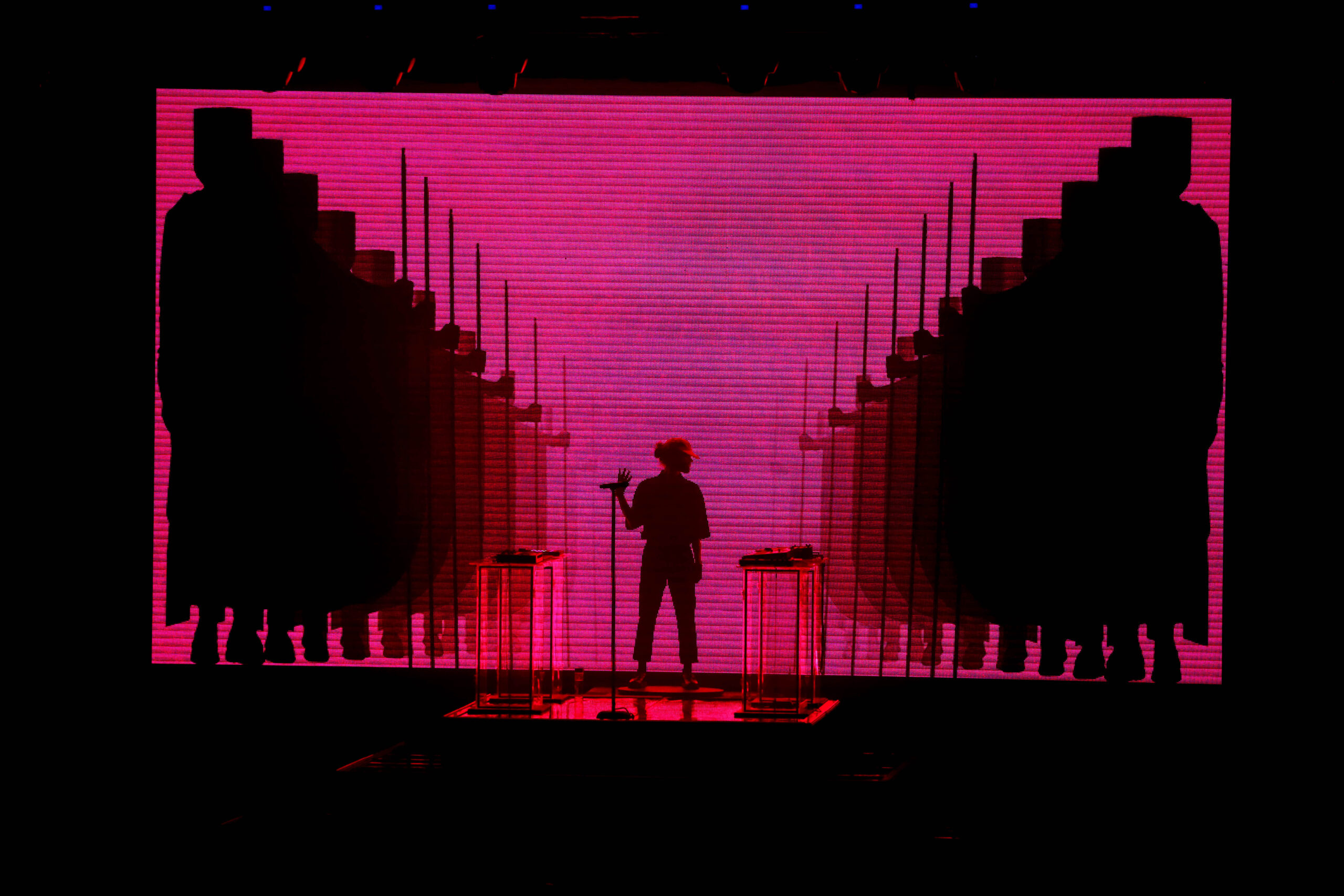 The performance began with the giant led screen reading Good Faith Forever and fans went bonkers. Dream Dream Dream, the first song on the album, was what he opened with. Performing live vocals and pulling the strings with his midi controllers, we were taken into Hugo’s world. A world of absolute chaotic good, freedom, happiness, and without fear.

Amidst spectacular displays of art glowing on the led screen behind him, the audience was not ready, including me, for the updated version of Good Faith Forever, Which was worked on for a little over a year during the lockdown. That was plenty of time to bring in pieces of how he imagined the show to go, come to life. There was a variation clone, flowers, splatters, shapes, and colors for the visual effects. The mixing of the album for the show was incredible, very techno, very heavy, and very fulfilling.

Like most shows, you might have an idea of what’s going to happen. But this was honestly something I had never seen or experienced before. I previously saw him during his Lollapalooza set and it was nothing like it, however, he did have similar designs for the clear tables on either side which was still really cool. This time around he had a much heavier, gritty original sound along with extremely mesmerizing visual effects, lighting, and, a light-up mic stand that he seems to enjoy. The flickering lights and backgrounds would show a silhouette of Madeon performing, dancing, and singing. It was something special and a show I will never forget. I would rate the show 10/10 because it was absolutely stunning. Definitely an experience you’ll need to check out if you have the chance!

The remaining cities in the tour include: 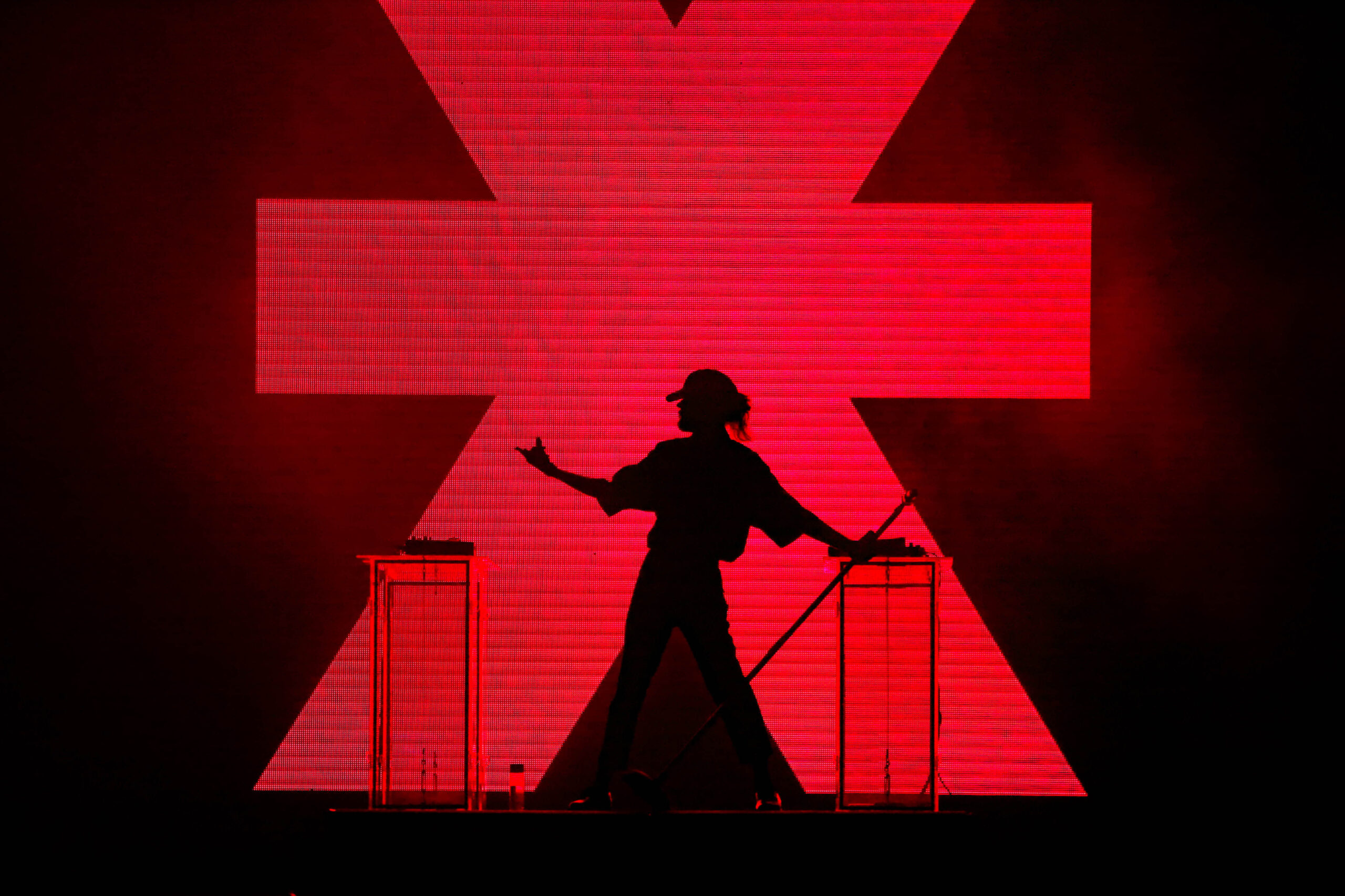