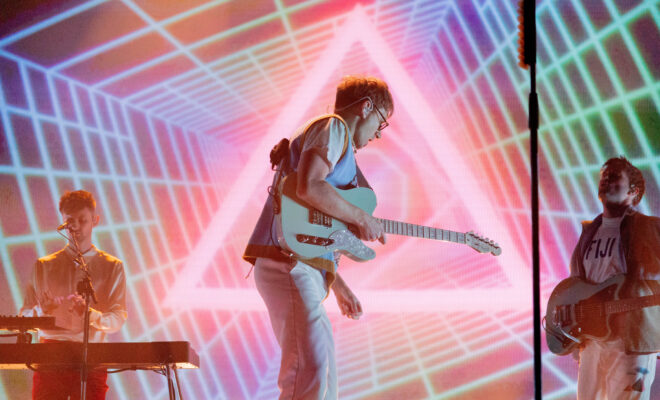 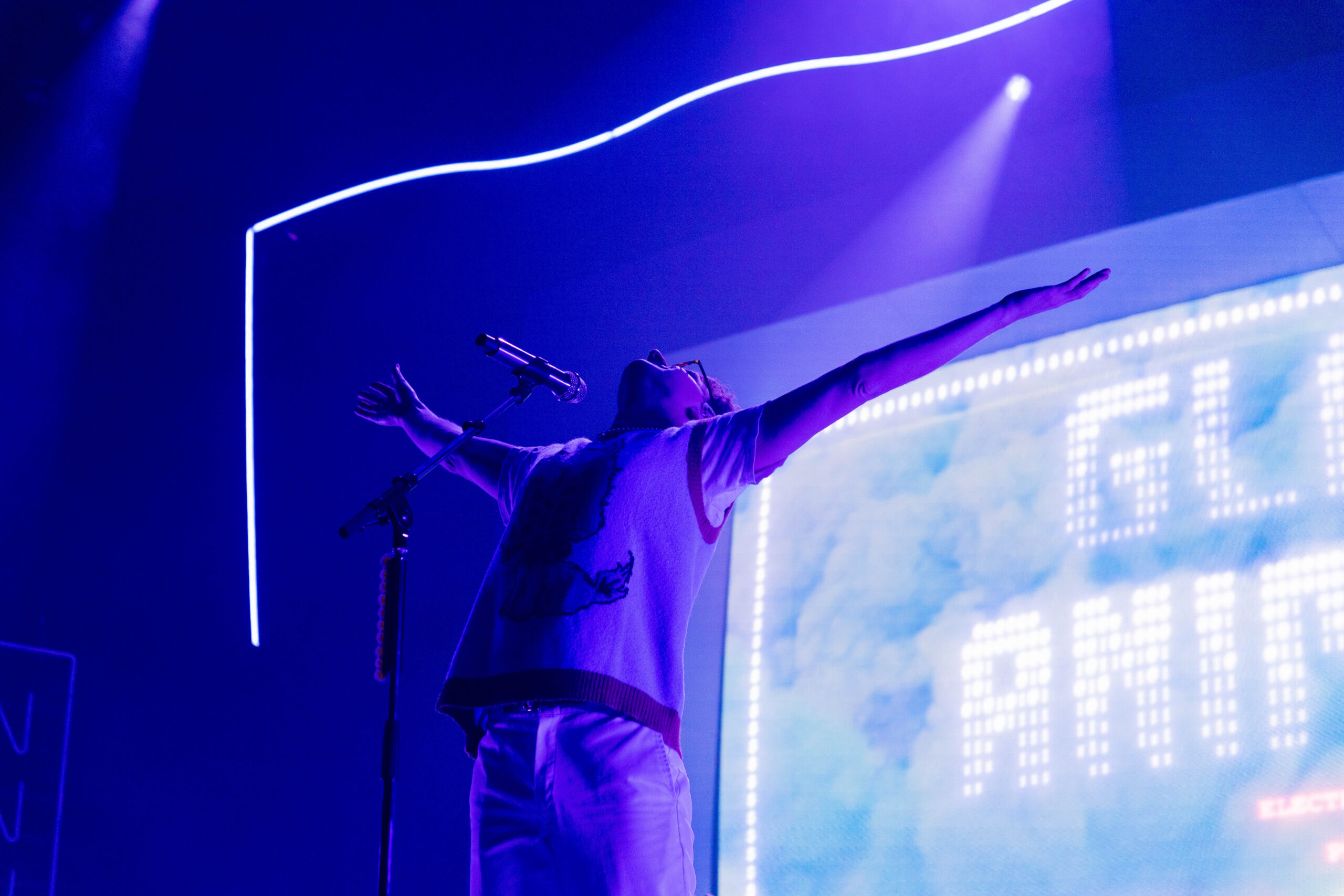 Fans from all over the city had been waiting for this moment. Some lined up hours before doors in the rain, and that didn’t stop them. Once the doors opened at Credit Union 1 Arena, fans made their way in. They scanned their tickets and then found their way to their respective seats. Some onto the floor for general admission. Those fans that were waiting in the rain got some great front row spots and were in for a very electric evening.

The opening artists were Sad Night Dynamite. A really fun duo made up of Josh Greacen and Archie Blagden from Somerset, England. The two had a memorable moment in the set when they had the crowd waving their arms side to side as they performed their hit single Psychedelic Views. Displaying a fresh and familiar hip-hop sound with a splash of alternative. The crowd was getting amped along with the band before Glass Animals took the stage.

It was finally time. Fans cheered as the screen read Glass Animals presents Dreamland like a classic computer game. Frontman Dave Bayley came out and greeted the crowd with that rich tunefulness in his singing of Dreamland. Which is the first track off of their most recent album, also titled Dreamland. That beautiful melody of the mallet sounds truly made the crowd erupt. 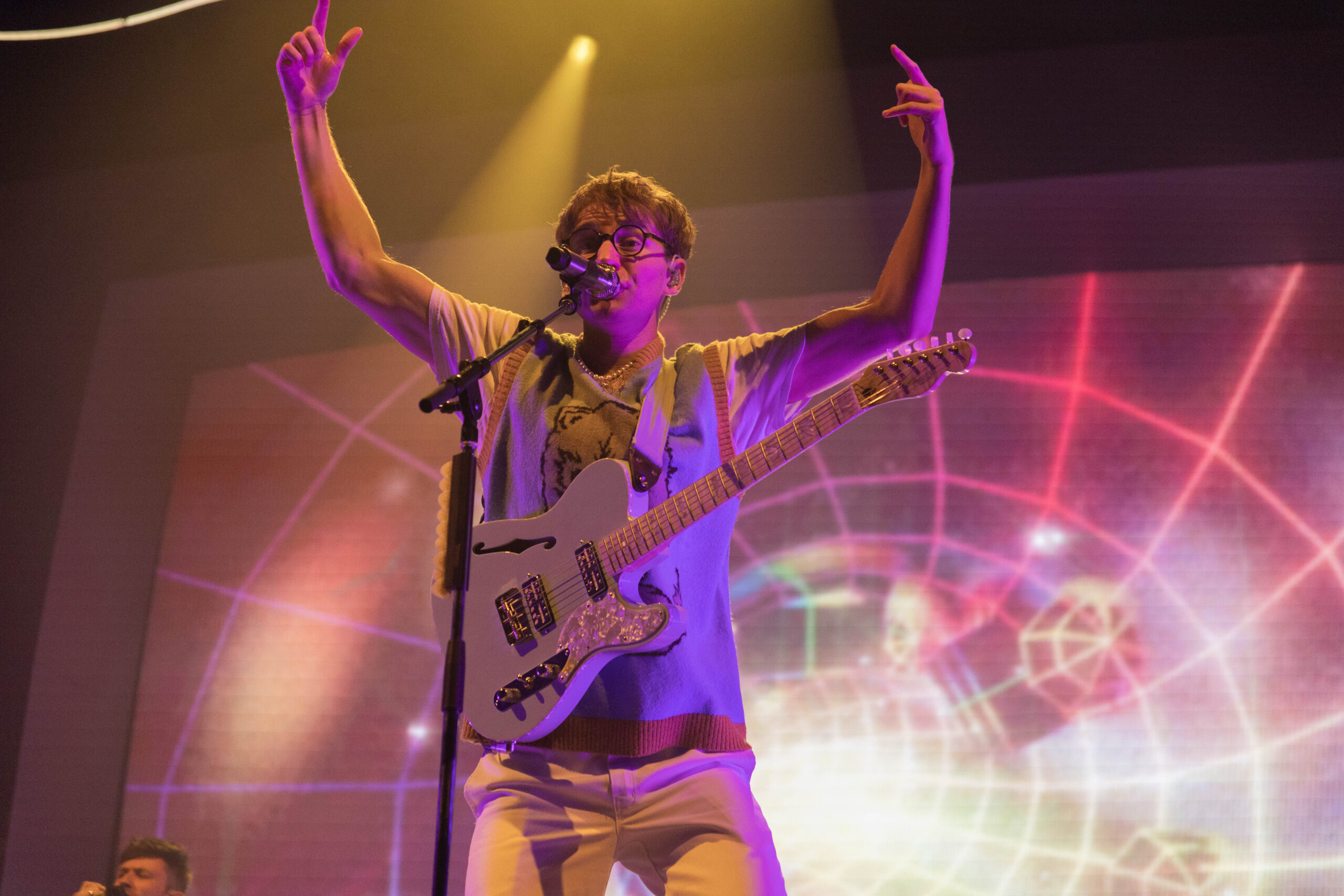 Fluorescent lights on the stage along with all of the props made the show that much more interesting. Three neon signs, one reading “pool”, the second reading “hotel”.  And the third that read “Moon Moon Moon” stacked on top of each other. Not to forget that the stage was meant to look like a swimming pool with tiles lining the front of the stage. There was even a diving board and ladder to climb out of the “pool”. It was honestly a very unique production setup

The sound of keys immediately lulled everyone into a dream state, and fans were more than happy to be there. Everyone in the crowd sang together in unison with Dave, and it was a magic moment. You could feel the energy of the crowd rising higher and higher with each song. There were 8-bit sounds, plucking synths, ethereal keys, shredding guitars, booming bass, and impressive drums. All mixed, they created a sound of their own.

Overall this was a smashing performance from Glass Animals. If you have the chance to catch them on their Dreamland tour, I would highly recommend that you get your tickets now! 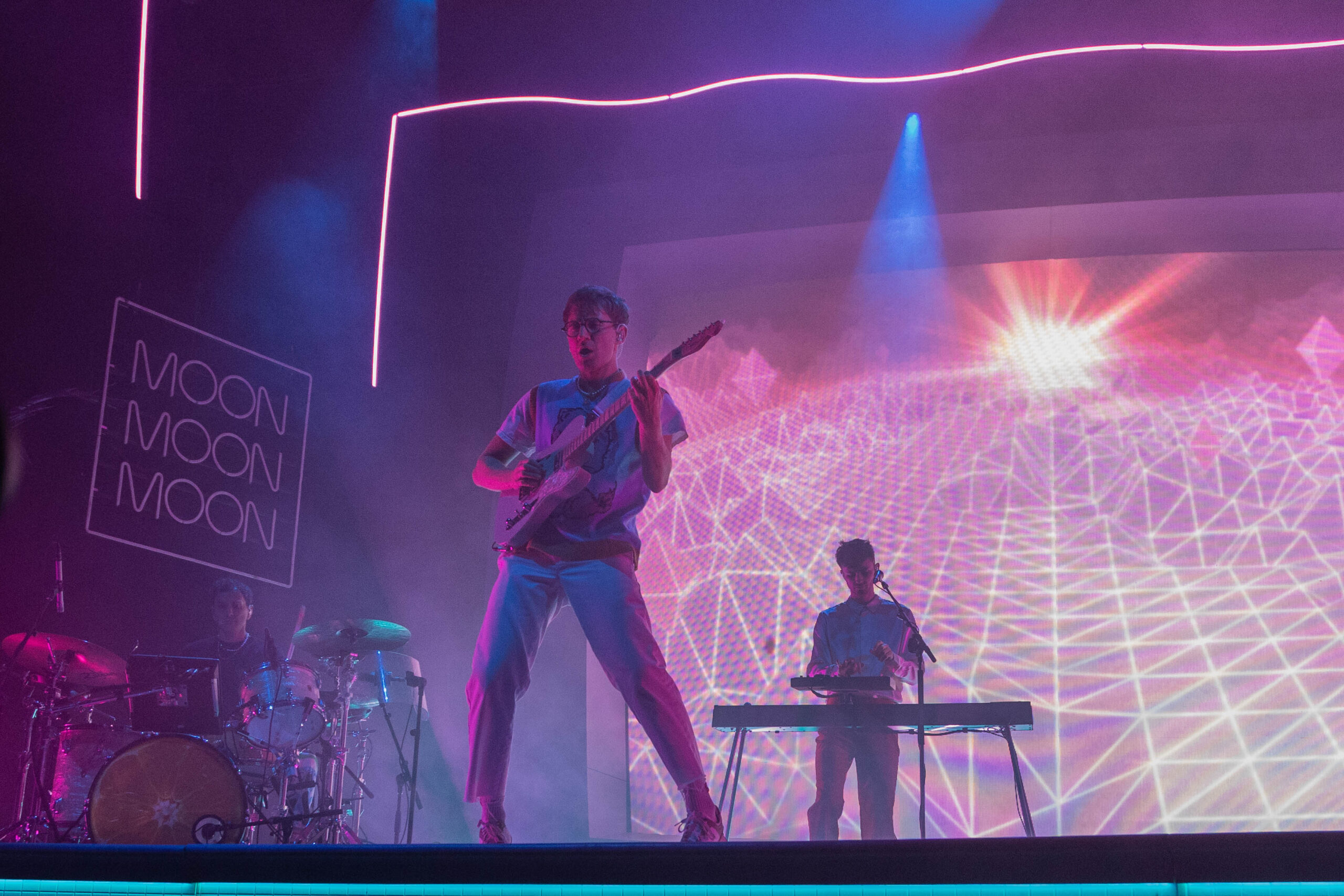