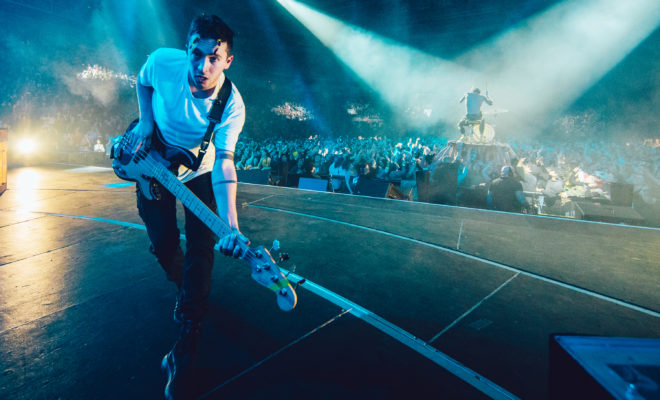 Tis the season for holiday cheer and a whole lot of music! Alt 105.3 presented a heavy stacked lineup of alternative rock bands to play this year’s Not So Silent Night holiday show at the SAP Center in downtown San Jose. The sold out event opened it doors as early as 5:30 to accommodate the large crowd that had gathered to see bands like The 1975 and Mumford and Sons perform.

The night started out with the Kentucky garage punk band White Reaper. The five-piece group is touring on their third album ‘You Deserve Love’, and they don’t seem to be slowing down anytime soon. White Reaper is set to play with Pearl Jam next year and they are going to be busy touring leading up to that incredible tour. White Reaper is a band that people have missed out on and it’s great to see them playing to such a large audience who got to the show early. Here’s hoping that some new listeners are going to check out what this band has to offer.

Of Monsters and Men have made a huge entrance back into the music scene since their 2015 ‘Beneath the Skin’; the band has been pretty quiet then but their new album ‘Fever Dream’ is bringing the spotlight back on them. The crowd cheered and welcomed the band back to stage, they played a bit of the old and new material to satisfy the crowd. Nanna Bryndís Hilmarsdóttir, lead vocals, enchanted the room with her voice and welcomed more of the crowd that made their way to their seats or to the pit. 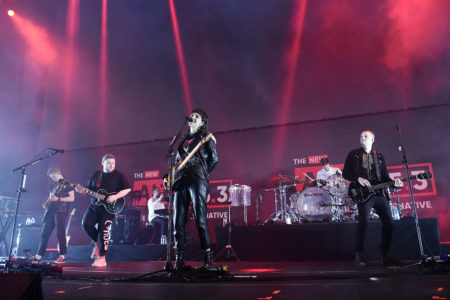 SAN JOSE, CALIFORNIA – DECEMBER 07: Of Monsters and Men perform onstage at “Not So Silent Night,” a RADIO.COM Event, at SAP Center on December 07, 2019 in San Jose, California. (Photo by Steve Jennings/Getty Images for RADIO.COM)

It was a quick commercial break between each set where the hosts of Alt 105.3 welcomed the fans and thanked them for coming out to this incredible night and to introduce the next act. Four men took the stage as the screen behind them lit up to say “The Raconteurs…Nashville, TENN”; the crowded cheered and that’s where you could tell that this show was diverse in the band but also in the audience. “I’ve always wanted to see this band and of course Jack White” said a fellow attendee to their group of friends. It seemed like the range of late 20’s and up were so invested in this particular set. The band wasted no time in playing some of their hits and songs off their latest album; “Help Us Stranger”. While the pit was cheering on a few fans stood in their seats as the band’s sound roared through the arena. It was their last song that really clicked with attendees that didn’t really know their newest music. Everyone sang to “Steady As She Goes” and the band lined up at the stage for a very proper bow before they left the stage.

The 1975 is a band that has been loved and criticized in every direction; and yet they come back again and again proving that they are not going anywhere. The arena went dark, slowly the screens on stage started to glow outlining the group now on stage. The 1975 was joined on stage with two very talented dancers who were joined by Matthew Healy, lead vocals, at some points. The Manchester band is has been busy touring around the world consistently and promoting the release of their upcoming 2020 album ‘Notes on a Conditional Form’. The singles off that album are taking a different path of their traditional pop-rock vibes but the fans are loving it regardless. The 1975 has always has stunning production and visuals to accompany their huge hits like “Love It, If We Made It”, “The Sound” and “Somebody Else”. The arena cheered, danced, and sang along with the band before their set came to a close. 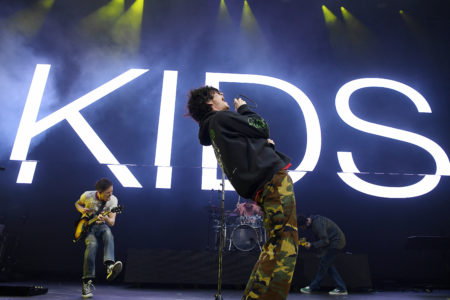 SAN JOSE, CALIFORNIA – DECEMBER 07: The 1975 performs onstage at “Not So Silent Night,” a RADIO.COM Event, at SAP Center on December 07, 2019 in San Jose, California. (Photo by Steve Jennings/Getty Images for RADIO.COM)

One British band isn’t enough, glad to know that Alt 105.3 agrees with that idea and brought in Mumford and Sons. Most bands usually wait until the end of their set to play the songs that really started to grab the attention of listeners; Mumford and Sons does it a bit differently. The beginning chords of “Little Lion Man’ echoed through the arena followed by several fans standing up and cheering; San Jose’s love for Mumford and Sons runs deep. All four members of the group stood in a line across the stage performing with such passion and energy that you couldn’t help to dance and sing along. The energy quickly changed when they played songs of their latest album ‘Delta’, maybe because it’s a very fresh album or maybe it’s because the music was really being soaked in by the arena. Fans who were in attendance with loved ones wrapped their arms around each other or held each other close as their single “Beloved”. The band took their final applause before the lights went out and the stage started to move.

From one amazing performance to another, the stage turned and the crowd roared for the band that has had an amazing year. As the stage lit up it revealed the duo that makes up Twenty One Pilots; Josh Dunn (drummer) stands as a torch in his hand lights up and the beginning sounds of ‘Jumpsuit’. Tyler Joseph (vocals) leaps on to the burning bar on stage, nothing short of dramatic in the best way, and starts to sing. As the stage lights shine you can start to see that there is a theme in the audience, there is a sort of “uniform” that has been established by the band and followed through by the fans. Twenty One Pilots has created not only a spectacular show filled with great production, sound, and pyro; they have created a strong community called “clique”. Between hits like “Chlorine”, “The Hype” and “Heathens”, the band always pays gratitude for the fans who have been there from the beginning and for those that stayed to check them out for the first time. At a Twenty One Pilots concert you can expect two things to happen during their set. Josh Dunn will drum on top of the fans, literally, the fans will hold him up with a smaller drum kit. Two, when “Car Radio” plays expect to see Tyler Joseph make his way to the back of the pit to stand on a platform and conclude their set; so be sure to stay to the end of their set.

Alt 105.3’s No So Silent Night continues to live up to its name; gives fans a variety of different alternative rock and the best way people of the Bay Area should end their year of music. We look forward to next year and what holiday surprises will come to the Bay Area. 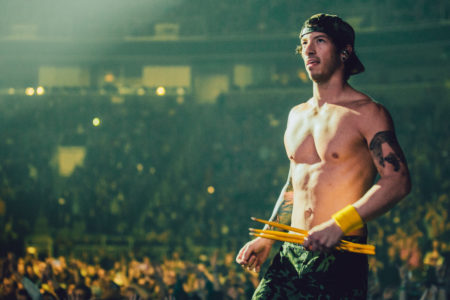