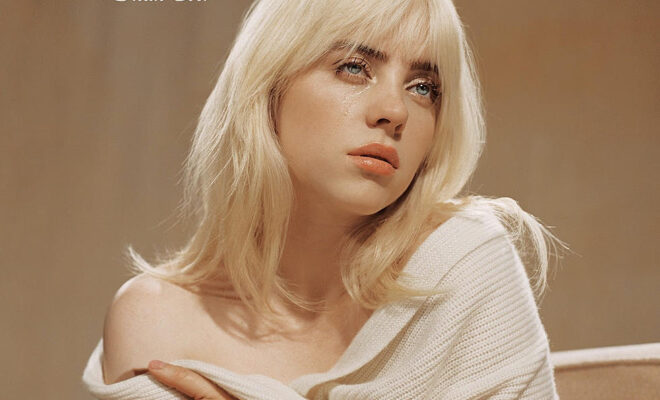 If you were on social media today, you HAVE to have seen this news somewhere: Billie Eilish has (finally!) announced the upcoming release of her second full-length album, Happier Than Ever.

Fans had been eagerly waiting for this news for a while now, and even more so since Eilish had debuted a new hairdo on her Instagram five weeks ago.

The blond hair had been the topic of discussion that week, for Eilish had still rocked her infamous black and green hair the day before at the 63rd Annual Grammy Awards. During the ceremony, the young singer won two awards: one for Best Song Written for Visual Media for her James Bond theme song “No Time To Die”, and one for Record of the Year for her 2019 single “Everything I Wanted”. 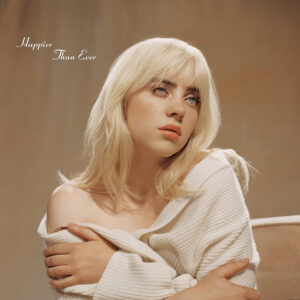 Now, the 19-year-old blond singer is gearing up for the release of a new effort, a full-length album titled Happier Than Ever, set for a July 30 release. Eilish’s 2020 singles “my future” and “Therefore I Am” are included in the 16-track record.

“MY NEW ALBUM “Happier Than Ever” OUT JULY 30TH!”, Eilish shared on Instagram. “this is my favorite thing I’ve ever created and I am so excited and nervous and EAGER for you to hear it. I can’t even tell you. I’ve never felt so much love for a project than i do for this one. hope you feel what I feel.”

In addition to the news, the singer-songwriter also confirmed that the first new single off of the record, titled “Your Power,” will be available this Thursday, at 9:00 AM PT.

Check out the tracklist for Happier Than Ever, Billie Eilish’s new album below!