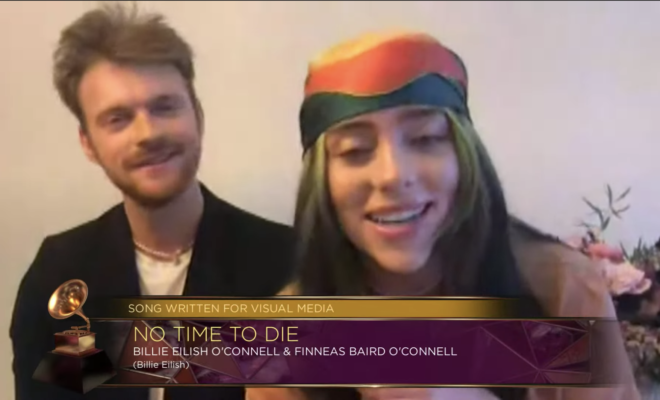 Billie Eilish and brother Finneas took home the Grammy Award for Best Song Written For Visual Media with “No Time To Die” at the 2021 Grammys. This became the first win in the category for 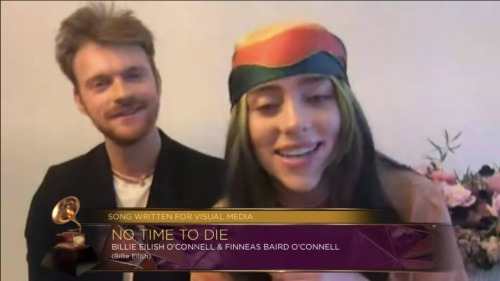 “I have no words. I can”t believe this is real,” Eilish shared excitedly, before thanking her crew and family. Her speech left little time for her brother to do a speech. “I have three seconds,” Finneas laughed. “Thanks for letting me write a song with you. I feel really lucky to be your brother.”

Furthermore, the 2021 Grammy Awards aired live on CBS and Paramount+ on March 14, two months after the original show’s air date. The Recording Academy chose to delay the ceremony due to the pandemic. The show itself took place at the Staples Center and surrounding buildings in Los Angeles, California. In addition to the Los Angeles sets, some performances took place virtually.

Finally, fans will have access to exclusive content with GRAMMY Live. Additionally, the backstage and behind the scenes content is available internationally on GRAMMY.com and via Facebook Live. GRAMMY Live will broadcast all day.