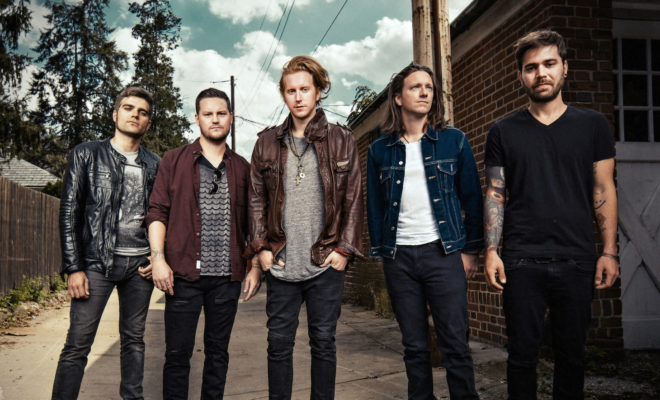 We the Kings ‘From Here to Mars’ Show Review

After waiting almost two years for We the Kings to announce another headlining tour, they did just that after releasing their newest album Strange Love. The last time I got to see them perform a full headlining set was back in 2014 when they dropped Somewhere Somehow. Since then, they have played on the Vans Warped Tour and will be back this summer playing main stage, but have not had a full headlining tour. So, when they finally announced that they would be coming back to Anaheim, California to play a show, I was ecstatic.

I got to see We the Kings last Friday night at the House of Blues at Downtown Disney in California. The opening acts were very catchy and matched We the Kings’ style perfectly. Elena Coats opened the show and her vocals were simply amazing. She is We was next and the lead singer had the crowd participating the whole time. The band that had surprised the crowd the most was AJR, a trio of brothers mixing beats with live instruments to create a electro pop sound. Their set was filled with danceable songs and they even covered The Weeknd’s hit “The Hills!” 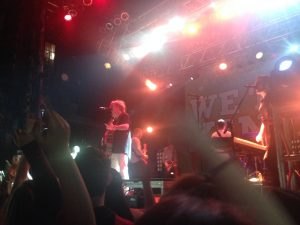 The show was just getting started and We the Kings were up next! They opened with “Skyway Avenue” which pumped up the whole crowd right away. I was ecstatic to hear one of their oldest songs played first because it brought back all the feels and set a high tone for the rest of the night. They continued to play highlights from their discography including “She Takes Me High,”  “I Feel Alive,” and “We’ll Be a Dream.” They brought out Elena Coats for “We’ll Be a Dream,” “Sad Song,” and “XO.” Travis Clark, lead singer,  said that before the tour started the band had put a poll on social media to see which song fans wanted to hear live and “Sad Song” was the winner by far. It was nice to hear them do this because it shows that they really do care about the fans’ input and the band is putting on this whole show for the fans. Throughout the set, the band continually thanked all the fans for their support and said that the show is a way to thank the fans for all their success.

We the Kings had put together a great set mixing in the old with the new and highlighting every album in between that. They played all the fan favorites such as “Check Yes Juliet,” “Say You Like Me,” and “Secret Valentine” which Travis even made a funny joke about the song saying that it was written after a game of “tetris” he played with a girl in high school. They slowed down the set with two songs off their new album titled “Jenny’s Song,” named after Travis’ wife Jenny Robinson, and “Runaway”, written about the families they all leave behind when they are out on the road. Travis told stories about each song which made us all understand what each song was written about and gave us insight into their life. The band continually interacted with the crowd by keeping up energy levels, with Travis making everyone do silly dances, such as sorority squatting for “I Feel Alive,” or forcing us to sing louder to the choruses!

The show was amazing and the almost two years wait was definitely worth it! The tour has wrapped up now, but they are hitting the road again this summer and I highly encourage everyone, old listeners and new, to grab a ticket to the Vans Warped Tour and catch their set!