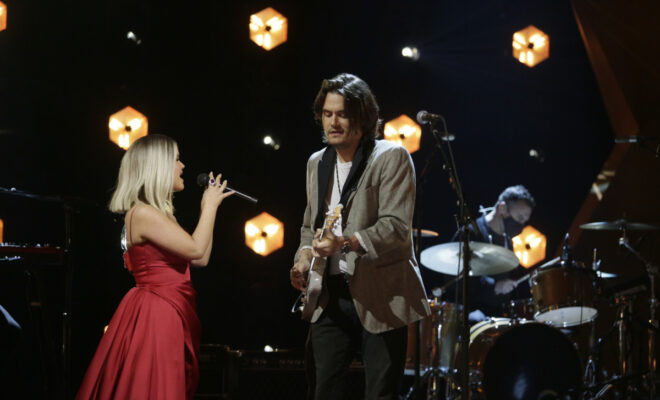 John Mayer and Maren Morris Stun With Grammys Performance of ‘The Bones’: WATCH

I jumped, I screamed, and I even shed a tear at the end. Thank you @MarenMorris and @JohnMayer for the most magical performance I ever could have dreamed of 😭✨ #GRAMMYs pic.twitter.com/6f3IVAKYOv

This year, Maren Morris is nominated for Best Country Song for “The Bones.” Morris found out about the  honor while she was driving in Nashville. “I found out I was nominated I was listening because it was on Twitter. It was Bluetooth through my car speaker because I was driving,” Maren Morris recalled. “They were announcing the country song category and I heard my name and ‘The Bones.’ It’s just really special to me because country song is songwriters that are awarded and nominated and to be nominated at the Grammys for a song like ‘The Bones.’  I wrote it years ago and it’s taken on such a bigger meaning through the pandemic. I think that it just marks the end of a really beautiful journey I’ve taken with ‘The Bones’ and to share it this way on the Grammy stage.”