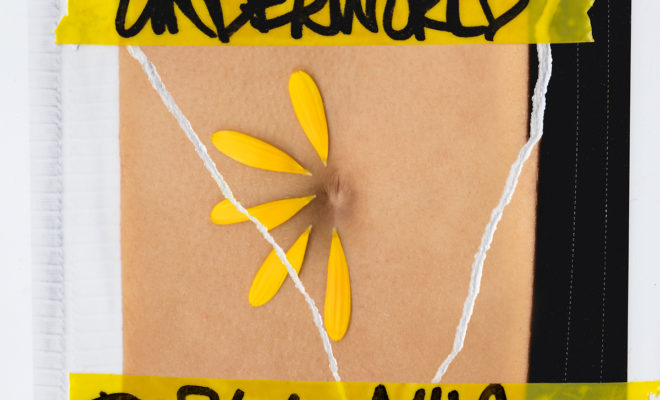 “I will not apologize, or lie for who I am,” Jenna McDougall boasts in “The Other,” one of the standout tracks on Tonight Alive’s new record Underworld, out this Friday, January 12th. The album focuses on the battle within, finding your higher reason, and fighting your inner demons in order to achieve inner peace. The flow of Underworld is like no other Tonight Alive record prior; each song’s position truly speaks volumes to the story it is telling.

“Book Of Love” starts off with the synth driven power-pop the band has become famous for, with strong production and instrumentals that add to the message. The idea of the song has an evolution theme, a bridge for Tonight Alive after their trying time through their Limitless cycle. The message received is one of starting over, and beginning a new chapter, which is exactly the right move for an opening track.          As previously stated, placement is vital to this record, listening in order will give you the best experience.

“Temple” has a beginning that flows seamlessly from the opening track, and continues into “Disappear,” with a feature by none other than Lynn Gunn of PVRIS. The song begins reaching for a major theme of the album, looking within yourself to find a higher power, and higher reason. Within the bridge of the song, McDougall states, “It’s not running away, we were never meant to stay in the first place,” discussing the unrest and pain that is felt when you aren’t living as the best version of you, and how situations can emotionally surround you in a shroud of pain, and cause you to want to run away, but once you search for your own light, you are able to stand in it, and conquer your fear.

This theme of standing in your pain is prevalent throughout the record, but very apparent in one of, in my opinion, the best songs on the record, “The Other,” discussing the discovery of the strength within and knowing you are different. But rather than using that difference to hinder her, McDougall lets it fuel her, “…everybody looks at me like I’m not what I ought to be,” those around you who love and support you can help you to discover the potential within you.

The album takes a shift on the next few songs, focusing on relationships and love. “For You,” is a particular highlight of the record. The band has entered a crossroads on this cycle, with the departure of lead guitarist, Whakaio Taahi, and this song, to me, felt like homage to his strength and love for the years within the band. It is a beautiful love song, with notes from Limitless in it, sticking to a true power pop ballad. “Just For Now” is arguably the best vocal performance on the record, with an insane octave jump in the last chorus. It beautifully fits the theme of wanting to be loved and searching for affection.

I think the true power in this record is in its last few songs. “Last Light,” is a song written about loss and the effect losing someone has on you. Something Tonight Alive has always been good at is their effortless representation of all of the different sides of loss. This song particularly hit home for me, about losing a piece of you when you lose someone. Which is a perfect transition into “Looking For Heaven,” which is about finding healing and solace within yourself after pain and loss. This gorgeous ballad has a simple piano instrumental, giving space for McDougall to shine.

The last track, the title track “[My] Underworld,” features the styling’s of Corey Taylor, of Stone Sour and Slipknot. The harmony and blend of the two voices is mesmerizing and the message is a strong ending to the record. “Dive into my underworld” is the last line of the song, and the silence coupled with the beauty of searching within your darkness is perfectly represented here. Underworld is breathtaking front to back, and this record could be meaningful to anyone who has ever struggled with the darker parts of themselves.

Songs to Listen to: Last Light, The Other, Just For Now