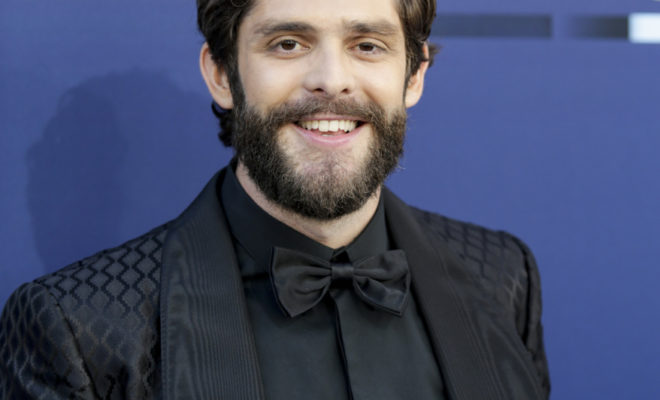 Thomas Rhett and Carrie Underwood are the reigning ACM Awards Co-Entertainer of the Year. Rhett relived the moment prior to the 2021 ACM Awards.

Thomas Rhett and The Special Moment

At the 2020 ACM Awards, Country music fans were shocked when for the first time ever, there was a tie. Underwood and Rhett became Co-Entertainer of the Year. “When I was standing backstage and I was listening to Keith [Urban] call the names, I was just like, there’s no way. And when he said there was a tie, I was like, ‘Oh my gosh! This is amazing!’ Rhett recalled. “First time in ACM history that anyone has ever tied for Entertainer of the Year.”

Thomas Rhett built his career on one day becoming an EOTY winner. “For me to get to tie this award with Carrie Underwood is just mind blowing,” he continued. “I have worked so hard to even be thought of for the nomination of this category, with our band and our crew and our management and everybody. We’ve just put so many countless hours in rehearsing and making our show as entertaining as it can possibly be. And so, to get to share that with Carrie is absolutely a dream come true.”

Aside from his Entertainer of the Year nomination at this year’s upcoming awards show, he is up for three other awards. He is nominated for Male Vocalist, Musical Event for “Be A Light,” and as a songwriter in the Song of the Year category for co-writing Old Dominion’s “Some People Do.” Thomas Rhett will also be performing on the ACM Awards, which will air on (Sunday) April 18 at 8 PM ET on CBS. The show will be shot in Nashville, Tennessee at various locations.