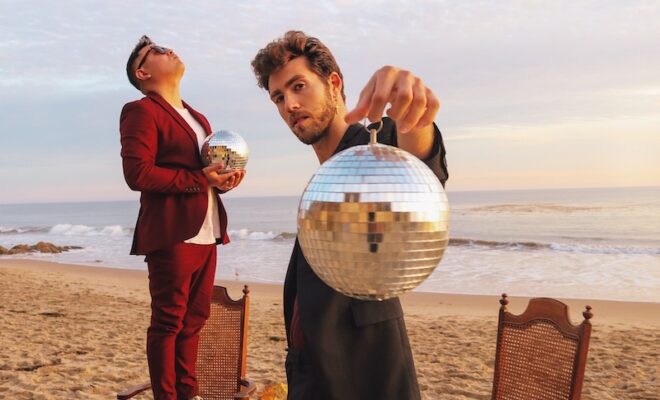 EXCLUSIVE: The Attire Interview On Their Viral TikTok Hit ‘Naked’

Stage Right Secrets sat down with The Attire to talk about going viral, new music, and what’s next. Read our exclusive Q&A, below.

What was it like waking up and realizing “Naked” went viral on Tiktok?

It felt so surreal. Waking up to the reality that millions of people heard – and loved – our song was the most amazing feeling ever. We are still overwhelmed with gratitude from the experience!

You wrote the song in 2017, what made this the perfect time to officially release it?

Although we wrote and recorded a demo of the song in 2017, it hasn’t been released until recently. With that demo, we originally landed a record deal in 2018, and we recorded the song with The AftrHrs (Maroon 5, Niall Horan) that same year. But at the top of 2019, the label folded! We had a set of legal negotiations to finally get the Masters back in our hands, which delayed release significantly. When we had the rights to the masters back in 2020, we waited until 2021 after we kept building our following and our fans (which we are eternally grateful for). But as the age-old saying goes: “the universe makes no mistakes” – it’s interesting to think how the timing lined up perfectly!

Taking it back, what was the first initial lyric or melody for the song?

The initial songwriting process began with the melody of the hook, and then we took that melody and tried fitting in the lyrics. All of a sudden we came up “You only love me when we’re naked” as the line into the hook – we just looked at each other and was like “oh my God, that’s it!”

How did the song progress into what it is today?

We recorded the demo in 2017, and it just started with the topline, a bass, guitar, and drums. Then we had the record produced with the AfterHrs, who fully helped bring the production to life! They brought the disco-pop feel that we wanted, and had a slew of awesome musicians play on the record, like the amazing drummer JR Robinson. And it was mixed by legendary mixer, Mick Guzauski!

How did the concept for the music video come about?

The video concept came from drawing inspiration from the highly personal – and true! – lyrics in the verses of the song. The song drew inspiration from a difficult breakup that Stephen had in 2017. Although we shaped the record into a universal feeling, we took his story and sculpted the verses with the lament of that heartbreak. In the second verse, we say “yeah you know I’m sitting alone in a hotel room in Carolina” – which painted the picture for where the inciting incident took place.  We wanted the viewer to see the pain, anger, and agony of feeling used and only feeling hope & love during intimacy (which our viral Tik Tok shows is a very universal feeling). With the help of our Video Production Team (Blackstorm Productions), they helped us use dark lighting and dark scenery to illustrate the loneliness and feeling “in the dark” in the relationship. And of course, singing alone on the hotel bed represents the “empty bed” after the relationship is over, and – perhaps my favorite metaphor – is singing on the piano in the snow represents being “left out in the cold.” We had a really fun time making the video!!

Tiktok has become a hub for music and entertainment, do you have a favorite artist you’ve discovered on the platform or favorite trend?

The greatest thing we enjoy about Tik Tok is seeing just how many wildly talented people there are in the world. We discover new singers, producers, and guitarists on our “For You” page all the time! Actually, sometimes it’s a little heartbreaking seeing how often such talented and wonderful people go unnoticed and buried in the waves of trends on the platform; however, our viral Tik Tok video just proves that anyone can wake up to their music beind heard. And we are forever grateful for that.

This past year has been difficult, did you find it easier or harder to create music in this climate and being stuck at home?

It has definitely become easier. Because the world has slowed down, there is less distraction in our busy lives. This gives us valuable time to sit down, write, and be one with “the muse!”

Have you picked up any new hobbies or binged any shows?

Honestly, the greatest new hobby that we’ve done together is playing NBA 2k together – we pass time between sessions playing as Shaq & Kobe!!

Are you working on any other new music?

We are working on so much more music, and we are BEYOND excited to share it with the world!  This has just been the beginning, and we are ready for the beautiful journey ahead – and we are so thankful for our fans that will join us on this wonderful trip of a lifetime.