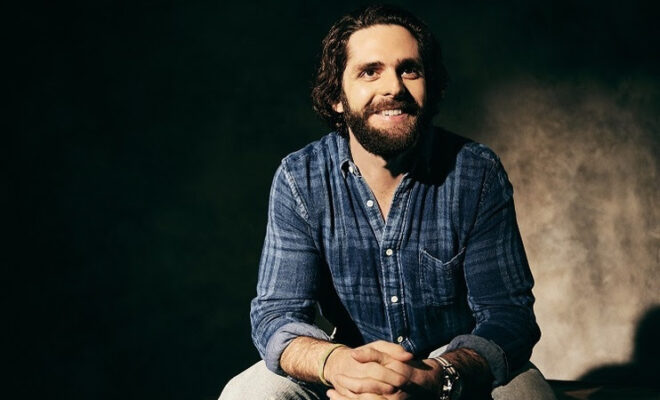 Thomas Rhett just never stops! The country artist, who’s about to become a dad for the fourth time, took to Twitter today to announce this upcoming release of not one, but two new albums!

As his fans not-so-patiently await the official release of his new single “Slow Down Summer” tonight at midnight, Rhett took to social media today to answer some suspicions they had had about the new track.

Rhett has been playing “Slow Down Summer” on his current tour, and fans had started to wonder if the track was the first single off of the artist’s upcoming album.

“A lot of people have been asking me if ‘Slow Down Summer’ is going to be the first song off of Side B… So I’m going to give you the scoop on that,” Rhett shared in a quick video posted on Twitter. “So last year and this year on the road, me and my team have been writing so many songs and what we’ve decided to do is to put out two albums next year, which is going to be awesome.”

There will thus be not only one but two new Thomas Rhett albums coming out next year. “Slow Down Summer” acts as the first official single off of Rhett’s first 2022 album Where We Started which will release early in the year while the other album, Country Again Side B will premiere in Fall 2022.

“I am so pumped, I cannot wait for you all to hear these new songs and I cannot wait to play them for you live on the road next year. Until then, y’all get excited.”

And as if two new Thomas Rhett albums weren’t enough to get fans excited, the singer has just been announced as one of the performers of the 55th Annual Country Music Association Awards airing live from Nashville this Wednesday, Nov. 10 at 8|7c on ABC.

>> SEE ALSO: Thomas Rhett Re-Lives Moment He Tied With Carrie Underwood For Entertainer of the Year at 2020 ACM Awards