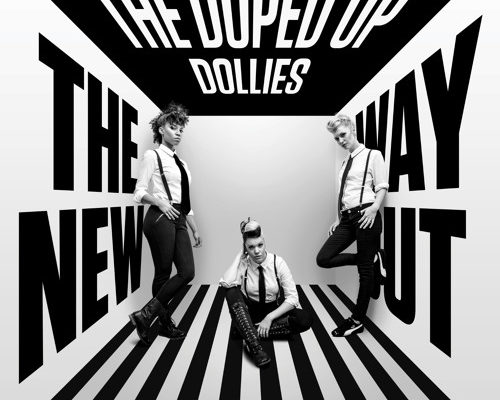 The Doped Up Dollies Review

If you’re like me and have noticed a new wave of girls taking over the music scene, you’ll love the new album put out by the Doped Up Dollies headed by the three vocalists Sirae Richardson, Brie McWane, and Erin MacKenzie.  The New Way Out has been released and to me it’s a mixture of jazz, swing, reggae, and rock’n’roll!  That’s something you don’t find often nowadays.  This album is perfect to listen to when you’re in the mood to dance. And not dance as in going to a club and shaking your hips to some techno or pop tune, but to grab a partner and start swing dancing!  You really hear this influence in the song Papa Plays The Drums.

You can also hear an influence of reggae, especially in the songs Me, Fireman & Lion and How Could I Go which really gives this album a No Doubt kind of feel to it.  This three piece singing group is from Boston, Mass. and started recording their music in 2008.  With their first EP Fluent In Stroll released in 2009, this group even created their own genre of music called Stroll.  The Doped Up Dollies continued playing music including snagging a spot on the Vans Warped tour in 2009, continued to be an opening act for Reel Big Fish, but with the help of a kickstarter project, they were able to release The New Way Out just this past year.

And if their music hasn’t already stolen your heart, check out their style! 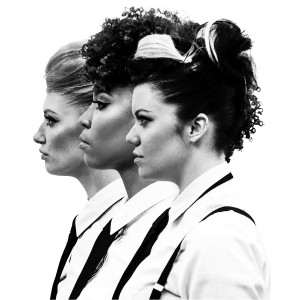 1. Make Your Own Sunshine

5. Driving Around The Square

Related Itemsalbum reviewNewsthe doped up dolliesthe new way out
Brieann Kovalevsky
← Previous Story Christina Aguilera Is Back On The Voice!
Next Story → Behind The Scenes of Thomas Rhett and Jordin Sparks Duet!