We’re now in a reflection period where we are either cringing at some things we did this year, or laughing and saying it has been your favorite year yet.  We saw many things in the music industry this year.

Adele and Drake trying to reach each other on the phone.

And of course, the one question raised this year: Miley, what’s good?

All that being said, our staff has come together and picked our favorite albums that 2015 has given us.  Some of them are repeats (album is just too good) and they are in no particular order.  Did your favorite make our list? 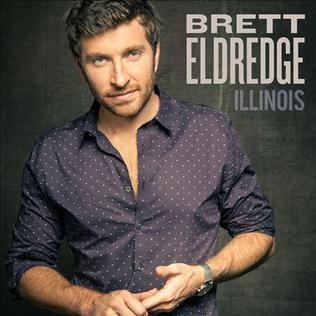 All of these albums give me different emotions. These three names will be taking over the music industry with their talent, production, and songwriting.

I have never had the urge to turn it off while I’m listening to it.

That’s The Spirit – Bring Me The Horizon
I cannot stop listening. I’m a long time bring me fan, and this album was the best pleasant surprise. They didn’t just grow musically, they matured lyrically and brought in an entire new generation to their sound. I’m obsessed.

They’ve been my favorite band for the better part of decade, and while I’ve always been SWIR AF, Future Hearts stole my heart because I felt as though they were acknowledging that growing up phase we all went through with them. It’s hard to put into words what growing up and finding your place in the world feels like, and All Time Low seems to grasp that concept so well with this album. They not only surpassed their previous albums, they set a new precedent for themselves.

Mine is a three-way tie between Fall Out Boy’s American Beauty/American Psycho, Imagine Dragons’ Smoke + Mirrors and Twenty One Pilots’ Blurryface, there’s not a bad song on any of them and they’re pretty much all I listened to all year.

It’s one of those albums you can have on repeat and you won’t get tired of it. I think this album shows how the band has developed over the years and they have finally been able to find exactly what their sound is. This album is one of their more upbeat records and the hooks and choruses are just so catchy. I blast it driving around all throughout summer!

Chaos and the Calm – James Bay

Hmmmmm probably Blurryface! It blew up so much and is so different from anything else out there! And All Time Low Future Hearts! I really loved the theme of the album! 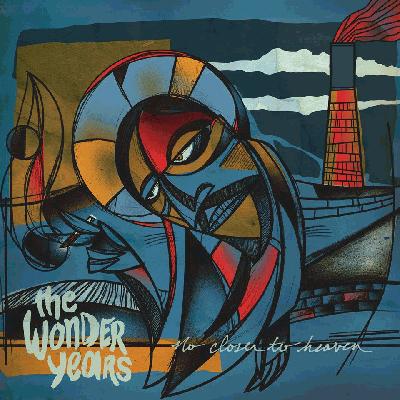 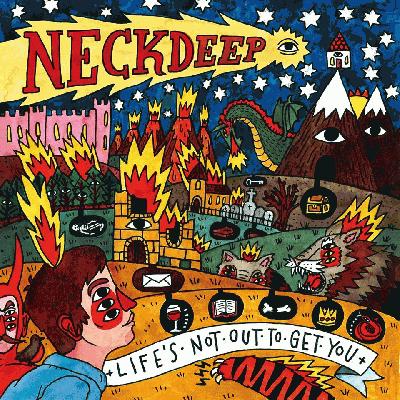 Mine’s a three-way tie: “No Closer to Heaven” by The Wonder Years, “Life’s Not Out To Get You” by Neck Deep, and “Around the World and Back” by State Champs.

All Time Low-Future Hearts because I don’t think they will ever stop writing hits that make you feel connected to our generation and just want to forget your worries and dance. Sleeping With Sirens-Madness because their songs give you all the feels even when you’re head banging and trying to scream sing along. Demi-Confident because this album shows her newfound confidence in herself as well as sends out a message that it’s most important to just do you and have fun 5SOS-Sounds Good Feels Good because I feel like they really opened up with this album and wanted to connect with fans on a personal level.

I have been digging this album, and I’m excited to say it’s their first!  This band is bringing funk and disco to pop music and I’ve caught myself playing it while cleaning my apartment and at the background of parties, it really is a great album.  I also got to see them live this summer and their shows are as fantastic as the sound they produce!

2015 was quite a year for the alternative music scene, and a number of awesome albums were released, but my favorite had to be “Currents” by Tame Impala. Before “Currents” dropped in July, I was only vaguely familiar with the band. However, upon hearing the record’s lead single “Let It Happen” via satellite radio, I was instantly hooked and had to hear more. If there’s one word to describe “Currents,” it’s “entrancing.” Frontman Kevin Parker took a turn in his musical endeavors with Tame Impala’s third studio album by creating a more synthpop-driven record while also managing to stay true to his retro, psychedelic roots. While a lot of the subject matter of this record is depressing, Parker transforms that negative energy into something beautiful that I found myself listening to over and over more than any other songs from an album this year. Some of my favorite tracks from “Currents” include the aforementioned and haunting “Let It Happen,” which is probably the only 7-minute song I’ve ever blasted through speakers, my phone, and headphones because it fills me with such a euphoric high (and also reminds me of dancing like an idiot with my husband on our wedding night). Another hypnotic tune is the ever-so-short “Disciples,” but I’ll cut Kevin Parker some slack because he follows it up with the straightforward “’Cause I’m a Man” featuring a sexy bass line in the chorus regarding a topic that is nothing even close to sexy. (How does he do it?) Last but certainly not least is another addicting track alongside “Let It Happen”: the trippy, ultra vintage, and feel-good sounding “Reality in Motion,” a song that should only be played as loudly as possible. To all the naysayers who are fans of classic rock bands like Electric Light Orchestra and claim that “no good music exists in 2015,” I dare you to listen to “Currents” and tell me you’re wrong. While you’re at it, don’t forget to thank Mr. Parker for the musical high.