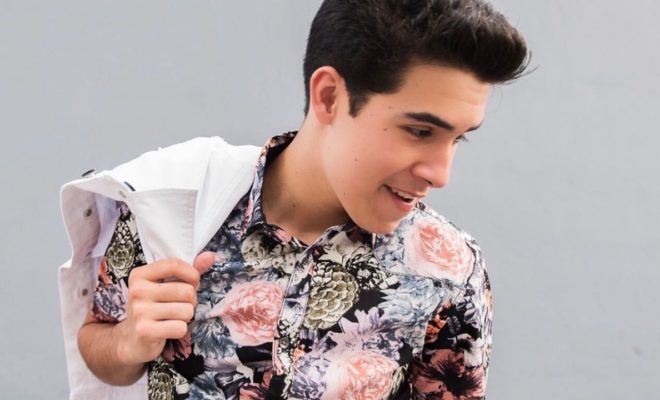 Season 17 of NBC’s The Voice alum, Preston C. Howell has released his new single titled Supply and Demand, in support of the mental health movement Leave On The Light.

Written by Bcuz and produced by Meggastan, ‘Supply and Demand’ is the perfect debut single for Preston and offers a little light during what is an incredibly difficult and unprecedented time in the world.

“It was written from when he was going through a hard time. They were dark times and he felt like this song could help other people that went through the same thing that he went through to make them feel like, you know, they’re loved and they are needed in this world. I think that’s just an awesome message,” explains Preston. “I really wanted to get on board with that when he told me about the song. I just feel like the message is moving because it’s focused on mental health and teen suicide. he suffered through that and I feel like I could I can be that voice for other people that don’t really feel like they can talk to themselves.”

‘Supply and Demand’ is available to download and stream now.

Preston burst onto the national scene with his stunning rendition of “America the Beautiful,” singing before a live audience of 30,000 at the 2018 U.S. Open Men’s Semi-Finals. His recent success on Season 17 of NBC’s nationally televised singing competition “The Voice” garnered him fans from around the world, including all four celebrity judges and his chosen mentor, iconic soul artist John Legend.

“I just feel like as soon as I got there, the best moment was just meeting everyone and all the fellow contestants. They were just so happy and so positive,” explains Preston. “It was just an amazing vibe and it was awesome hanging out with them. We’d hang out at the hotel in a pool. We were like best friends!”

Preston’s career trajectory continues to skyrocket as he hones and expands his remarkable talent through new musical projects. As a current member of the nationally-renowned “Acapop! KIDS,” an elite group of talented youth singers formed by Grammy-award winning Pentatonix creators Scott Hoying and Ben Bram in collaboration with Warner Records, Preston records a Cappella pop covers and music videos, with live performances including a recent appearance on The Kelly Clarkson Show.

What are your thoughts on this release by Preston C Howell? Let us know across social media!