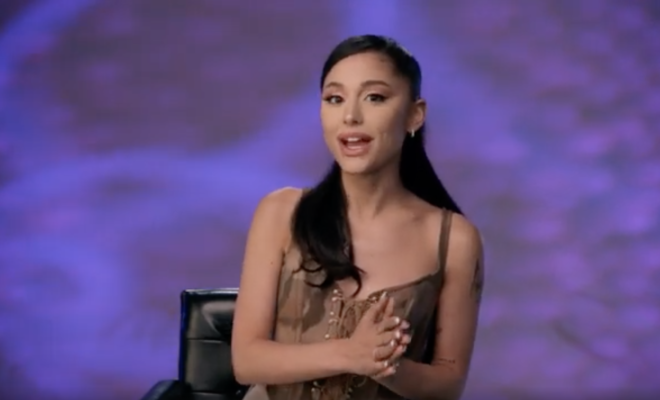 Ariana Grande Reveals Her Biggest Competition on ‘The Voice’

Ariana Grande revealed who will be her biggest threat on Season 21 of The Voice.

The “thank u, next” singer sat down for an interview ahead of the NBC show’s premiere. Grande admitted that she knows fellow coach Blake Shelton would like for her to say him, but it’s not. She believes that John Legend is her biggest competition. Legend has been on the series since Season 16 while Shelton is the sole coach who has been on since its inception.

She elaborated, “I think we both kind of gravitate towards R&B and pop like that sort of hybrid space. I think that he and I will probably go head to head over a lot of the singers that we hear. I think that we both have similar tastes and sounds of music.”

Don’t take Ariana Grande out of the equation when it comes to other genres.

“I’m also not afraid to take on a rock vocalist or a country vocalist,” she added. “I actually think that me picking someone with a different sound to mine or you know to ours would be so much fun and so much more challenging. It’s also cooler to go with someone that isn’t so sold on doing one thing. It’s less on the nose and also it might be cool to have a fresh take on what you’re doing as opposed to going to someone who does the same thing as you. I’m kind of in the middle.”

When asked what kind of artist she envisions for her team, she wants someone poignant. Specifically, she wants a gifted vocalist who knows who they are and their own vision.

“It’s always so clear when an artist knows who they are and that’s very important to me as well,” she continued.

When it comes to an ally, her biggest support is Blake Shelton.

“I think he’ll be so happy to take more away from John and Kelly [Clarkson],” she said. “He’ll be like fresh blood go to her because I see he has funny shtick with them. They’ve been fighting for years.”

Despite just joining the show, the cast has gotten along extremely well.

“I can tell he loves me,” she added. “I just got here but we have a good rapport already. I really love and respect Blake. He’s so fun, he’s got the nicest energy. Everyone does, everyone is divine.”

She concluded that she believes she has a lifelong friend in the country crooner.