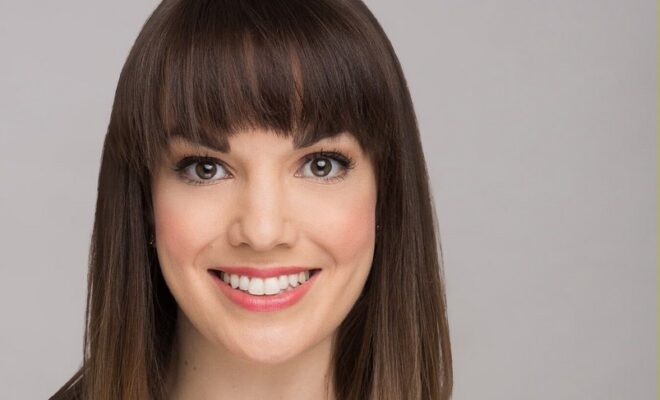 Our Exclusive Chat with Kara Lindsay

Kara Lindsay is one of Broadway’s biggest and brightest stars, having originated the role of Katherine Plumber in the cult hit Disney’s Newsies: The Broadway Musical, starring as Cynthia Weil in Beautiful: The Carole King Musical and playing Glinda in Wicked on Broadway and on tour not once, but on four separate occasions. Having started off the year playing Epcot’s International Festival of the Arts in Walt Disney World Resort, Lindsay is now playing shows from her home for lucky fans through Broadway Plus. We got the chance to talk with her on it all.

You’ve played Glinda in Wicked on Broadway and on tour multiple times. Other than yourself of course, who would you love to play Glinda in the film adaption and what advice would you give them?
I’d love to see Dove Cameron. Or a newcomer. And some advice? Be YOU! And explore the HEART of Glinda.

I absolutely love Newsies: The Broadway Musical and now it’s on Disney+ for the world to see. What are some of your favorite memories from your time as Katherine?
Broadway debut for sure! Making my Broadway debut alongside so many others was an absolute thrill. I will never forget the energy of opening night on Broadway. Then coming back to play Katherine for the live-action film was a wonderful full-circle moment. It was amazing how after 3 years away from Newsies, most of the show was still in my body when rehearsing for the film.

I would love to see a movie adaptation of Newsies based on the Broadway show. (I’m dreaming of Tom Holland as Jack Kelly but I digress.) Are there any small changes or things you’d want to add to Katherine’s story arc?
There’s already a movie based on the Broadway show. 😉 I think I’d love to see a moment with her father. Even just a quick couple of lines. Standing up to him and stating her case. They have zero dialogue together which I find interesting. There’s a lot to unpack in the story so it’s difficult to fit everything in.

You and your very talented husband (and fellow former Disney on Broadway star) Kevin Massey get to perform at Walt Disney World on a yearly basis. How did that come about and what is the experience like?
Aw, thank you. Kevin worked with Jeff Lee on Tarzan many years ago. Jeff Lee is the director who spearheaded the Disney on Broadway concert series in Epcot. He’s awesome and has been a champion of Kevin’s for so many years. And now of me. The concert series is my favorite gig ever. I mean EVER. We get to be working in Disney World TOGETHER, our families come down and we get to explore and create amazing memories together, and the concert itself is so much fun! It’s truly a dream and I’d be so happy doing just that for the rest of my life!

Do you have a dream role to play?
I’d love to play Eliza Doolittle in My Fair Lady or Carrie Pipperidge in Carousel.

What does Broadway Plus mean to you during this time?
It has been wonderful in every way. A place to connect with young artists. A place to be creative and express. A place where I can still provide for my family during this uncertain time. And above all, it has been incredibly inspiring to work with so many wonderful students who have taught me invaluable lessons. I know I’m supposed to be the teacher, but little do they know, I’m learning from watching them too.

If you could have a Broadway Plus experience with any famous Broadway star, who would it be?
Rachel Bay Jones, Audra McDonald, Lesli Kritzer, Heather Headley, Lea Salonga…to name a few.

What do you think the future of Broadway and live theatre will look like after the COVID-19 pandemic?
I think we will be doing many more self-tape auditions for various projects. Much more than we had been pre-pandemic. I also think there is more incentive to film the stage show so that it can be shared to a wider audience at home. Most of all, I know there will be a massive amount of gratitude upon returning to the theaters!

Seize the day and chat with Kara yourself through Broadway Plus and of course, watch Newsies: The Broadway Musical on Disney+.