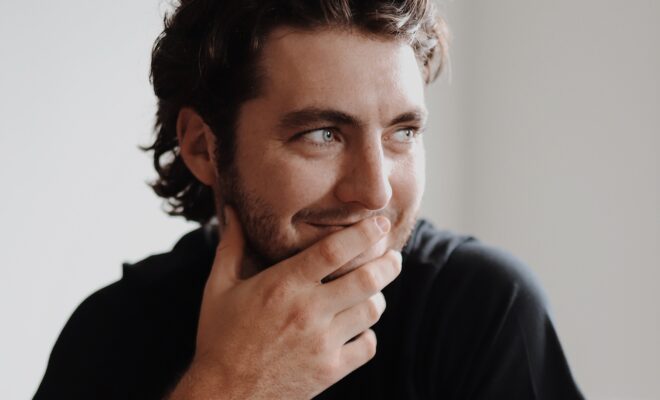 Our Exclusive Chat with Jabe Burgess

Former college quarterback and current country cutie Jabe Burgess got to chat with us on his personal new singles.

What’s the story behind your single, “Everything But Us”?
I wrote “Everything But Us” with Baylor Wilson, we got to talking about coming back home after you move away and for the most part how in small towns everything still looks the same. For me it was weird driving by the high school because I just remembered the relationships that I had there, the school is still the same but the girl who I used to hold hands with down the hallway is married to someone else and moved out of town. It’s a song of nostalgia, sad that it’s over but happy that happened.

You have a very emotional release out now called, “Dianne’s Song.” Can you tell us a bit about the true story behind it?
Yes, it’s a true story about Steve & Dianne Williams. I met Steve for the first time at lunch one day, he didn’t get anything to eat, and when I asked why he told me that he went to eat with his wife at the nursing home beforehand. He told me about her battle with and Alzheimer’s how he’s sometimes not sure if she knows who he is, which is heartbreaking. After lunch, I got into my truck and drove for 7 hours back to my hometown and wrote the song, from memory about Steve and Dianne’s love story. After a few months I came back and showed Steve the song and wanted him and Mark Springer to help on the song and make sure it was 100% his true story, it is a special one.

Can we expect an EP or more singles on the horizon?
I have songs recorded and ready to be released that I’m very excited about, and we’re working on a lot of music videos as well, there will be more released music by the end of the year.

Do you have a set songwriting structure?
Yes, I’ve always thought I write songs similar to how someone would write books. There’s the muse, the beginning and the end, I know where I’m starting and where it will finish but no idea how it’s going to get there. That’s the fun part. I learned to co-write from some of the old school 90’s country guys who work at a very slow pace, I enjoy that, taking my time and really just finding every lyric or story line possible for the song.

Are there any ways growing up playing football made you realize your love for music?
Yes, some of my former teammates remember how I would write down ideas for song titles in my football playbook during the college years. I loved the intensity and emotions that came with football and I find those same feelings when I’m writing a song or playing a show with my band.

What are your favorite Arkansas hotspots?
Geno’s Pizza in my hometown Greenwood, AR is definitely my favorite food spot, and you have to eat it witch their homemade ranch on the side. Incredible!

What have you been listening to, watching, and reading during the pandemic?
I started watching the ACM & CMA awards on YouTube, I’ve worked my way all the way back to the 1982 ACM awards. I really do love the history of country music and it’s refreshing hearing those old songs and hearing the corny jokes that they made. Also just seeing the stars of today before they were stars is so interesting and see the progression and how much the music can change.

What do you think the future of live music will look like?
I think and hope by the end of this year and next year everything will be back to normal and live music will be stronger than ever. I’m so excited to get back out there with my band