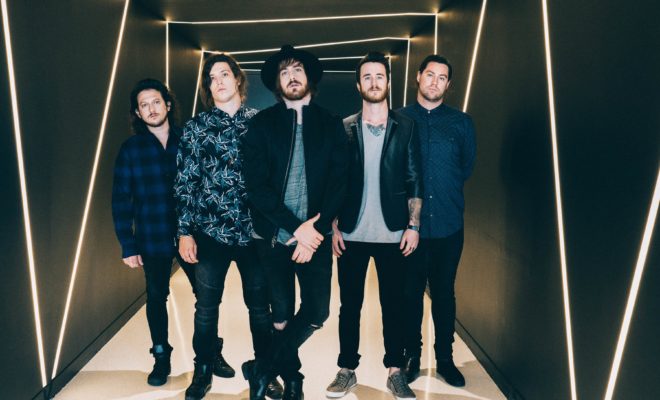 “Oh My Dear Lord”, We Spoke to The Unlikely Candidates!

The Unlikely Candidates have over eighteen million combined streams on Spotify. With their latest “Oh My Dear Lord”, that number is destined to keep growing higher and higher! The band’s collaboration with Dirty Heads “Celebrate” is in the top 25 on Alternative Radio. So naturally, we had loads to talk about.

SRS: Congrats on “Oh My Dear Lord”! What’s the story behind the song?

TUC: It was about a particularly reckless time in my life where I just had so much momentum and was not really worried about self-preservation or reflection as I was just indulging to excess and doing damage to myself. I finally hit a moment where I was forced to slow down and figure out how I had gotten so far off track. In those moments I think you wish there was a short cut out of it or you bargain with an omnipotent force, though you know only you can get you out of it.

TUC: Yes, it was really cold and I drank a ton of community pool water. Before we got in I saw a bramble of like five people’s hair go into the drain. Burned my hair with flares underwater as well. Looks cool though doesn’t it?

SRS: How did your collaboration with Dirty Heads come about?

TUC: We wrote the song with some producers in New York. They showed the song to Dirty Heads when they were helping to produce their SWIM TEAM album. DH loved the song and really took the sentiment to heart. Our version was more about feeling alone on the road and missing  who you used to be. Their version was about the sacrifice and the important things you miss being on the road. Family and such.. It’s much more relatable and hits you in the heart harder. I really like what they did with it.

SRS: What was your experience like playing with them on Jimmy Kimmel Live?

TUC: It was great. Jimmy and his crew were amazing. Very supportive and friendly. There was free chick-fil-A next door at this Clippers promo event and I met actor Will Forte. Open bar as well. I  was in heaven.

SRS: Would you be open to more collaborations in the future?

TUC: Yeah, if it makes sense. We have a few rappers on a different version of “Violence” we haven’t released yet: Kevin Abstract, Talib Kweli, and Jay Fresh. Collabs usually mean more personality and energy, which is cool.

SRS: We hear your first full length album is going to be released later this year. How far along in the process are you?

TUC: We have so many songs, it’s just about finding a core few that make up the vibe of the album and are really strong. We have a good core and many other good ones so we are really just trying to beat what we have now.

SRS: Is there ever anything off limits when it comes to songwriting? Whether it be subjects or musical influences, anything!

TUC: Not really, we have always been a band that will try anything if it sounds good. We have songs that are heavier and rock and we have songs that are very melodic and poppy. We love most music and try not to discriminate against a good song just because it doesn’t fit an image or vibe.

SRS: Do you feel you have evolved from your last EP?

TUC: Yes definitely, we are always changing. The new stuff is bigger in scope and production value. They’re more anthemic which is cool. We always preform like we are in an arena even if we are in a tiny club. The new songs have more of that vibe. But we could just as easily change it all tomorrow.

SRS: Any chance you’re planning a tour to coincide with new music?

TUC: I believe so, we will most likely be going out this summer to support “Oh My Dear Lord.” We’re pretty excited, it’s been a minute since I have been able play for and hang with all the fans. It’s the best part of being in a band.