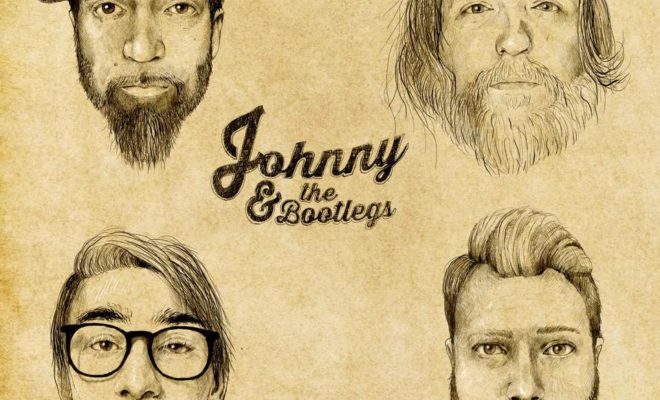 Johnny & the Bootlegs are a blues-punk-rock band from NYC, gearing up for the release of their new EP NYC Rags on May 11th! With a gritty yet heartful, soul-inspired rock n’ roll sound they’re one that will grab your attention and take you for an adventure. They pull from a variety of past and current inspirations as their playlist showcases!
‘Bootleg Sounds’ is a playlist of current and past inspirations. The Blues is inherent in our sound and songwriting, creating the foundation for everything else that follows and builds on top. ZZ Top, Jimi Hendrix and the Black Keys all heavily inspire the Guitar playing and chord structures presented by Santiago while the thump of Black Rebel Motorcycle Club’s “Spread Your Love” fuels the heartbeat of songs like “NYC Woman” and “Hey, Jenny”. The energy and swagger of Iggy Pop’s “The Passenger” are strong components to the vibe of “Thrift Shop”, being a song that has hints of serious thought upon the not so serious topic of wearing other people’s clothing. Freddie King’s “Have You Ever Loved A Woman” & Ray Charles “It Should Have Been Me” have heavy links to “Hesitant”, inspiring the notion that Love with hesitation is a compromising scenario to place ourselves within, causing angst and discontent…. generally leading to the Blues. Overall, we take the approach to music as being a release and escape from the doldrums of daily life while also being a reminder that we aren’t alone in that desire. These songs help us get there and we hope they do for you too!!