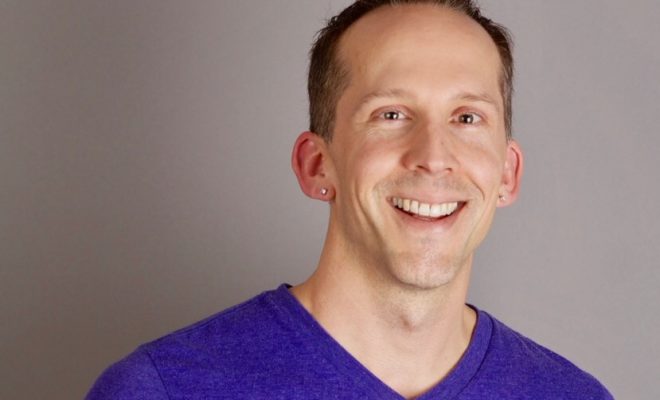 Walt Bost on Writing, Directing and Producing The New 30

Get some snacks and sweatpants because you’re going to want to binge watch The New 30. The series on YouTube from Walt Bost and John Sobrack finally brings focus on the middle age LGBTQ+ crowd and it’s spectacular!

SRS: How did the concept of The New 30 come about?

WB: My main job is working as a supervising sound editor in television and film, but my career goal has always been to make a living as a writer/director. When I came up with the concept for The New 30, it had been a good while since I had written and directed anything. I had been working on independent projects in various roles on the side, and was writing a feature and short film script. But nothing was really speaking to me, and I was feeling the need to do something that I was passionate about.

At the same time, I found myself going through a lot of personal struggles and changes with life and relationship issues and feeling like I was at a major crossroads. And I started wondering, how is it that I can be in my early 40’s and going through all this stuff? I thought everything would be worked out by now and my life would be set. How can everything feel like such a mess? How can I feel like a failure? What am I doing, and is it the right thing for me? How can my future be so undetermined at this point? Lots of questions were running through my mind. I’m gay, and most of my co-workers are straight, and most of them around my age lead very different lives than I do. I don’t have kids, I’m not married, I don’t experience family life, they don’t know what it’s like to be gay, etc. So I was feeling like sometimes I was living on a different planet than most people. And it was hard to relate, and hard to identify with anyone.

I had never seen anything on TV that represented what I was currently experiencing in my life. I started thinking about my gay friends in their 40’s, and what they’ve been through and are presently going through, and how they all lead very different lives from me and even each other – and how all these types of stories are rarely seen on screen. I felt that most of the gay-themed media out there seemed to always be about guys in their teens or twenties, and consist of repeated subjects like hooking up, coming out, drugs, HIV, etc. When I specifically looked online at gay web series, I thought most of them were poorly made – poor production values, acting, writing and overall quality. One specific thing that really bothered me was that they were usually not very diverse in casting or representative of real life. So I decided that the stories I knew of needed to be told, and done so in a professional manner.

I pitched the idea to my friend and fellow filmmaker John Sobrack to see if he’d write the project with me. He’s also gay, and a very talented writer. I knew it would be great to have his voice involved in the show. So we met and he sparked to the idea.

SRS: What inspiration did you take from your personal life to put into the show?

WB: The New 30 really did completely spring forth from my personal life. I wrote what I knew! That’s the best advice I’ve gotten as a writer… write what you know. At its core, it was dawning on me that I was in my early 40’s and really questioning what I was doing and where I was going. I didn’t feel happy or successful, and I felt at a life crossroads. I started comparing myself to other friends and co-workers, and as a gay man in his 40’s, how my life was so different from theirs. And I thought, there have got to be other gay people out there who are experiencing the same thing that I was! A lot of material that’s in The New 30 is directly from my life, and my friends’ lives, but there’s a lot of invented material as well.

Ultimately, I don’t think you have to be gay to enjoy the show. And that’s exactly the reaction I’ve gotten online and from friends and family. For example, my 17-year old straight nephew in North Carolina watched it without me knowing and then texted me about how much he loved it! I have straight women leaving awesome positive comments on YouTube about it. The series has a little something for everyone.

WB: After John agreed to write the series with me, we got together numerous times to flesh out the initial characters I had created. We decided on a six episode season, but to only write the pilot first and self-fund the production of it in order to see if it was going to work as a series or not. After we shot it and completed post production, we knew that we had something pretty good and that it was going to work as a series.

SRS: Were there any misconceptions about the LGBTQ+ community you wished to address?

WB: I wanted to do a gay show that showed a lot of diversity – that was extremely important to me. I also wanted to do a gay show that showed some of the real issues gay men in their 40’s go through. I wanted to tell stories with emotions and struggles and successes that are universal at their core. There’s also a straight couple in the show, and they aren’t just there for friendly banter – they have their own serious storyline. Growing up I was a big fan of the show Thirtysomething, and that was a huge influence on me in writing this show. It was funny, dramatic, joyous, painful and, most importantly, it felt real. I describe The New 30 to people as a cocktail mix of Sex and the City, Soul Food, Looking and Thirtysomething.

SRS: Did you put any limitations on yourself or think “am I going too far with this” or “maybe I should push this scene a bit more”?

WB: Not really! I did know that I wanted to avoid showing nudity. I knew that YouTube would probably be the final destination for the series, although I had hopes (and tried) to make a distribution deal with a bigger platform happen. So I had to think about how I could get the largest audience with the show, to prove that there was an audience out there for this kind of series. But I felt like I did push the envelope a lot in the series, in dialogue, visuals and scenarios. I wasn’t trying to shock people – that was not the goal. Both John and I wanted to write honestly and truthfully and be as real as we could. We were just telling stories in the best way possible for the budget we had.

SRS: How did Kickstarter play a role in the creation of the series?

WB: Kickstarter made this whole thing happen. I used the finished self-funded pilot to launch a Kickstarter campaign and show people what the series would be like, and I was able to make the goal and raise $30k (of which I received $27k after Kickstarter took their share) and then was able to shoot the series. It’s incredibly hard to have a successful Kickstarter campaign (if you don’t reach your goal, you don’t get any money) and it takes an immense amount of work. But without it being such a well-known money-raising platform, I doubt I would have been able to raise all the money I needed to make the show.

SRS: What do you hope audiences take away from the series?

WB: I hope it entertains them, number one. I hope it makes them laugh, cry, scream and just feel something. I hope they find something in there and go, “I know exactly how that feels!” or “That happened to me or my good friend!” or even just helps them to escape life for a while and wonder “omg I have to find out what happens next!” I hope the LGBT audience (especially the older audience) can see bits of themselves and their lives represented in a truthful, identifiable and high-production-value way. I hope that everyone sees that gay life is full of all kinds of people of different ethnicities and backgrounds, with many relatable issues and problems that straight life has. At the end of it all we’re all human.

SRS: Do you have any other upcoming projects?

WB: I’m currently writing Season 2 of The New 30 with John. Our hope is that a bigger platform like HBO, Netflix, Showtime or Amazon will see the show and great audience reception on YouTube, and want to pick it up. But right now, I’m preparing to do another crowdfunding campaign so I can continue to tell these kinds of stories. Additionally, I’m working with a writer friend of mine on an independent feature horror script he wrote that I’m going to produce and direct.