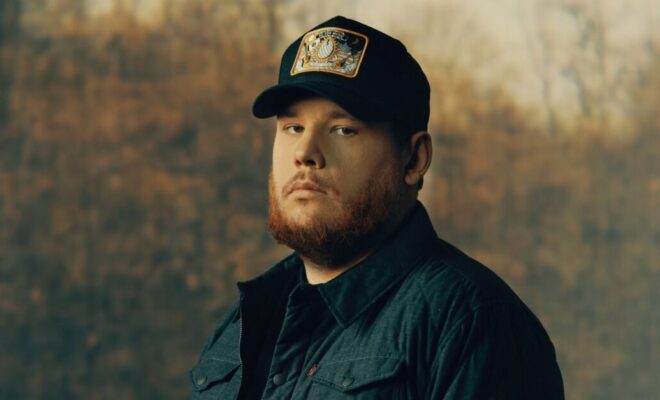 The “When It Rains It Pours” hitmaker received his very own television when he was twelve or thirteen from his parents.

“They put it in the basement and they got me like an old couch from Goodwill,” he recalled. “Me and my buddies would go down there and they hooked it up to cable.”

Luke Combs and his middle school friends watched television and played the legendary Nintendo 64 console on the weekends.

“So, that one was pretty neat,” he said of his Christmas memory. “I appreciated, you know, the sentiment of my parents giving me my own space and stuff like that was a really awesome thing. And, I think eventually the TV ended up in my bedroom so… couple years that lasted and then I wanted to have it in the bedroom.”

We’re sure that Luke Combs and his wife Nicole will be creating lasting memories for their bundle of joy this year.

Luke Combs and His Christmas Plans

Luke Combs previously shared that both sides of his family like to keep the gatherings small. His mom’s side has a holiday party in Charlotte, North Carolina that they attend.

Combs added that growing up, he was “family-oriented” when it came to the holidays and getting together. He has “a lot of fond memories” growing up alongside his cousins, aunts, uncles, and grandparents.

“That’s the thing I think I look forward to most about the holidays. It’s not getting gifts or getting drunk,” he said. “Which is also cool. But I think just hanging and seeing people you haven’t seen in a while and catching up with them… I think is what I look forward to the most.”

One of his other favorite things about the Christmas season is being up in the mountains with the cold air.

“I love the snow and the decorations man,” he continued. “I’m into that, like that, like it gets me in the mood for the season and stuff.”