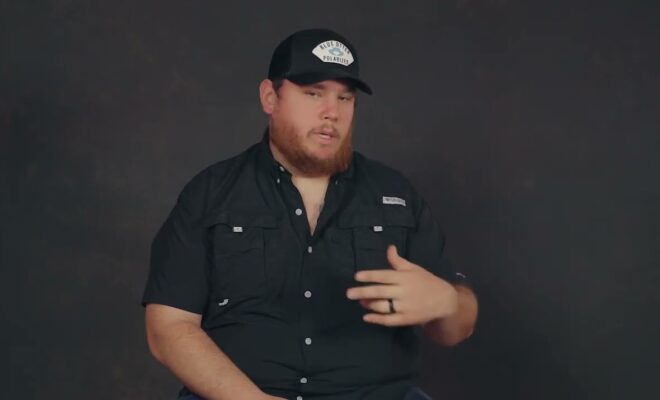 Luke Combs has another hit on his hands with “The Kind of Love We Make.”

The country crooner describes it as a self-explanatory tune. Combs co-wrote the song alongside Dan and Reid Isbell alongside his guitar tech, Jamie Davis. Ironically, Jamie used to be in a band with Dan in college. Luke Combs actually met Dan and Reid through Jamie. They all recently started collaborating together.

“[Jamie] had this idea and Dan and Reid brought it to me,” he recalled. And they said, ‘what do you think about this thing?’ And I said, you know, ‘I love the love the melody of this thing.’ And so, just kind of went from there, man that, you know, we’re all married guys, you know. And so, and actually, ironically enough, three of us are having children within a month of each other. So I’m not saying that the song inspired, inspired that but it may have.”

Overall, Luke Combs gravitated towards its “killer melody.” He believes that the song “wrote itself.”

Luke Combs revealed how his collaborator Miranda Lambert influenced his music. He listened to his Sony Music Nashville labelmate’s music prior to signing with the record company.

“I think it’s hard to say that Miranda Lambert hasn’t influenced my music a ton,” he said. “You know, right around the time that I started playing guitar you know she was coming into prominence in this genre and was putting out really great, really impactful songs she was writing.  And so, you know, anybody that writes their own stuff and sings great and performs great is someone that truly inspiring to me.”