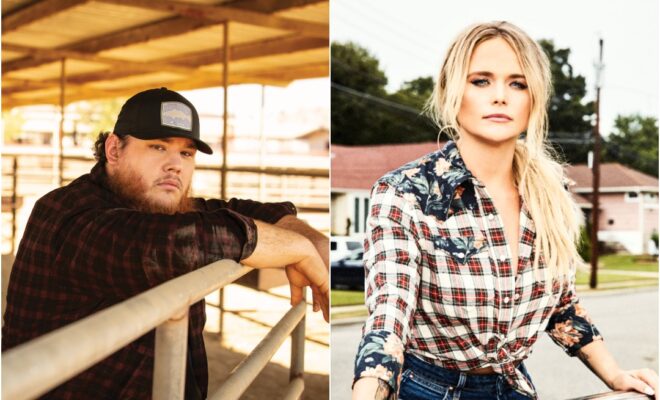 Combs spoke to Sony about the impact that his fellow labelmate had on his music. The news comes at the perfect time as it is Women’s History Month.

“I think it’s hard to say that Miranda Lambert hasn’t influenced my music a ton,” he said. “You know, right around the time that I started playing guitar you know she was coming into prominence in this genre and was putting out really great, really impactful songs she was writing.  And so, you know, anybody that writes their own stuff and sings great and performs great is someone that truly inspiring to me.”

Lambert spoke about what her hope for the future is in country music and women. “For the next generation of women in country music or in general, in life, I just hope that they know that they’re heard and seen,” she began. “And my biggest wish is that everybody will just be real and be themselves. And, you know, it’s hard with all the noise that’s around with social media and everything else to find your confidence.  Sometimes you find yourself confused comparing yourself to other people and what they’re doing, what their life is. But I really believe in just standing strong in who you are to the core.”

Related ItemsLuke CombsMiranda Lambert
Staff
← Previous Story The Story Behind: ‘Down To One’ By Luke Bryan
Next Story → Maren Morris Reveals How Dolly Parton Has Inspired Her As A Person And In Music