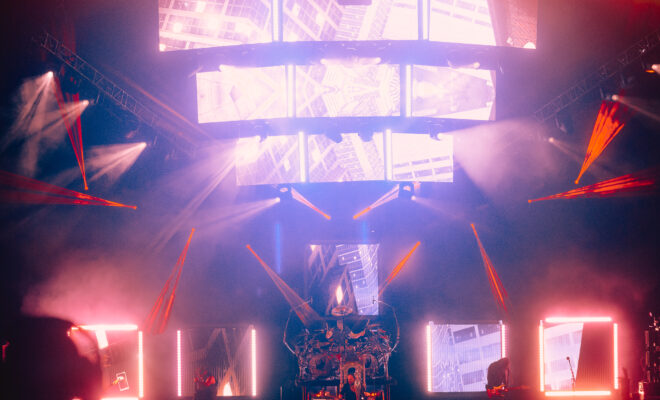 As the summer comes to an end, outdoor concerts will slowly begin to die down, but with scorching heat and humidity, Chicagoland is definitely not there yet. Tinley Park’s Hollywood Casino Amphitheatre was filled to the brim with nu metal fans of all ages on Friday for KoRn and Staind, along with opener ‘68.

Staind’s fans made no mistake in showing up early, and by the time the band took the stage, the seats and lawn were beginning to fill up.

Kicking off the set with “Eyes Wide Open,” the band came out under a flood of blue, orange, and red light from all angles, and came to pack a punch. “Eyes Wide Open” being one of the band’s heavier tracks, the crowd was all adrenaline as they were head-banging and shouting along, already locked into the show and ready to rock.

The band decided to play a set that was about one third composed of tracks off of their widely-recognized album Break the Cycle, and two thirds a mixture of four of their albums, Dysfunction, Staind, 14 Shades of Gray, and Chapter V.

With a set of LED screens behind them playing some funky footage to go along with each track, their audience was definitely enthused, and the band definitely knew how to keep their attention. By the time they reached the true fan favorite, “It’s Been Awhile,” folks were so encompassed by the band’s performance that they were belting out every word and swaying along the entire time.

Staind did a great job of keeping the audience attentive and having a good time in the process. A perfect set for an outdoor concert at the tail end of summer.

If the crowd seemed rowdy for Staind, it was nothing compared to when nu metal legends KoRn started their set. After a string of postponed dates due to a positive COVID-19 case in the KoRn camp, saying the band’s Tinley show was highly anticipated is quite the understatement. Fans of all ages, from as young as elementary schoolers to as old as most folks’ grandparents, were hooting and hollering so loudly that it could’ve been heard for miles – all before the band even took the stage.

Scheduled to start at 9:15, KoRn had everyone ready to rumble early, waiting to come onstage until about fifteen minutes past their scheduled set time. The kicker is that the second the lights came on, the screams through the amphitheatre were unmatched. And then it began.

The stage lit up magenta across the board, with KoRn projected across the curtain. “The Seduction of Indulgence” began quietly, then louder, cheering from the crowd became even more intense, and BOOM. There it was. The moment where everything felt frozen in time – The curtain dropped, the LED screens and glowing lights flooded the stage, and KoRn was right there.

Drummer Ray Luzier was the first person the crowd saw onstage, and was no stranger to the spotlight for quite a bit of the band’s set. On a raised platform with a double bass drum set, Luzier was able to show the crowd how incredibly skilled he is, from the first song to the last. Needless to say, he did not hold still for a second their entire set.

Of course, no KoRn performance is a true performance without the presence of guitarists James “Munky” Shaffer and Brian “Head” Welsh. Without missing a beat, these two were playing every note while headbanging, running across the stage, and whipping their hair for the complete set, which was far past an hour long. That is enough to give anyone whiplash after a few minutes, but to perform with so much energy for so long with no breaks? And to have been doing so night after night for the past 20+ years? These two are truly unmatched.

But KoRn could truly never be complete without the one and only Jonathan Davis. Vocalist since the band’s founding in 1993, Davis is known far and wide for pioneering nu metal and making it what it is today – the whole band is. Davis definitely showed the crowd why on Friday night as he sang, rapped, and screamed for every song without a hitch.

The band’s set was fantastic, and there was not a dull moment. From the intense, strobing light during “Here to Stay,” to the huge array of LED screens lighting up the night, to the excess of smoke floating across the stage and over the crowd, every second had something to offer. The band’s choice to perform older fan favorites such as “Falling Away from Me,” “Freak On a Leash,” and “A.D.I.D.A.S.” mixed in with newer tracks such as “Can You Hear Me,” and “You’ll Never Find Me” created a balance that offered something for fans old and new alike.

Needless to say, KoRn and Staind put on a tour worth attending, and Tinley Park truly got a night to remember. 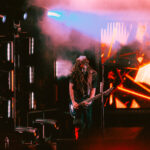 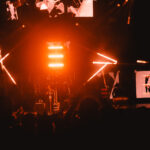 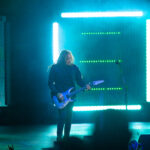 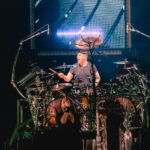 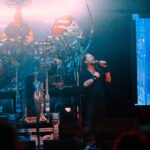 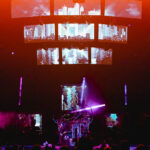 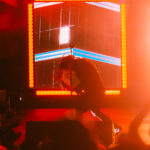 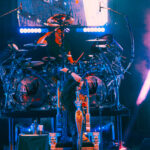 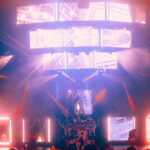 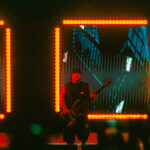 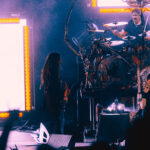 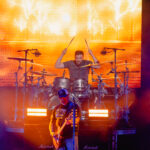 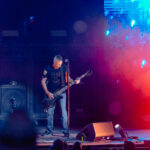 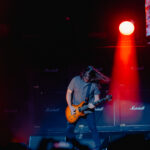 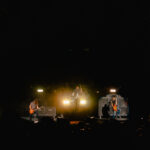