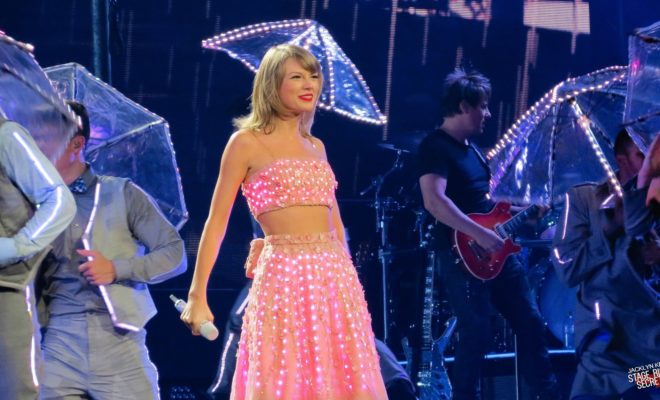 In case you haven’t been online the past month, Taylor Swift has been sued by a radio dj for his firing at his job, Taylor Swift counter sued for $1. According to the Associated Press, the Judge threw out the case because he failed to prove that Swift got him fired from his job after reporting an alleged butt grope during a meet and greet.

After Kesha dealt with her own assault case with her producer Dr. Luke, swift donated $250,000 to Kesha to help with her legal fees.

. @taylorswift13 i support you always, and especially right now and admire your strength and fearlessness. truth is always the answer.

Fans across the street from the courthouse have been creating messages and lyrics of support for Swift during every day of the trial.

Across the street from Taylor Swift's trial, fans show their support with Post-It notes https://t.co/cRg7gONRok pic.twitter.com/WmTeWBP8o3

New message from #TaylorSwift fans posted across from the courthouse ahead of Day 4 of the #TaylorSwiftTrial pic.twitter.com/ere6UMt5KH

Yes, we are out of the woods!