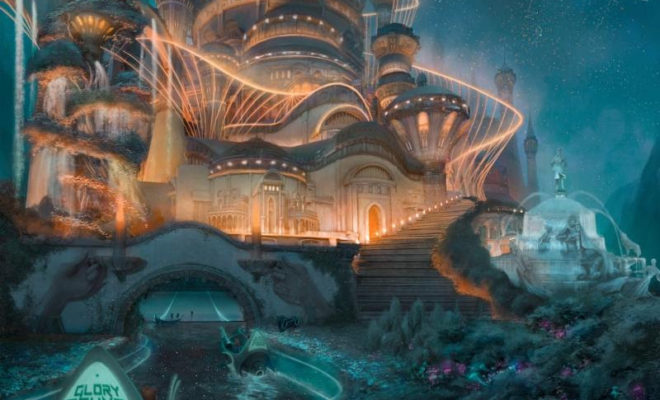 After teasing out a series of new songs, Jon Bellion releases his anxiously awaited new album, Glory Sound Prep. Glory Sound Prep illuminates the vast scope of Bellion’s genre-defying musical and lyrical vision. He seamlessly threads together pop, R&B, hip-hop, alternative, and rock over the course of the ten-track trip. Having initially built his remarkable fanbase by self-releasing mixtapes recorded in his parents’ basement, Bellion continues this tradition on his sophomore album by writing and producing the entirety of the project on his own. To give fans an inside look at his writing process, he shared a clip on Instagram which shows the creation of his latest single, “Stupid Deep” — watch it HERE.
Adding another dimension to the music, he unveiled an animated visual clip to accompany each song on the record introduced by “JT,” “Conversations with my Wife,” and “Stupid Deep.” The latter cracked 2 million combined streams in under week. To date, total streams for the new music eclipses 8 million. Check out the full tracklisting below.
Track listing – Glory Sound Prep
1. Conversations with my Wife
2. JT
3. Let’s Begin (feat. Roc Marciano, RZA, B.Keyz, Travis Mendes)
4. Stupid Deep
5. The Internet
6. Blu
7. Adult Swim (feat. Tuamie)
8. Couples Retreat
9. Cautionary Tales
10. Mah’s Joint (feat. Quincy Jones)
Related Itemsjon bellion
Jacklyn