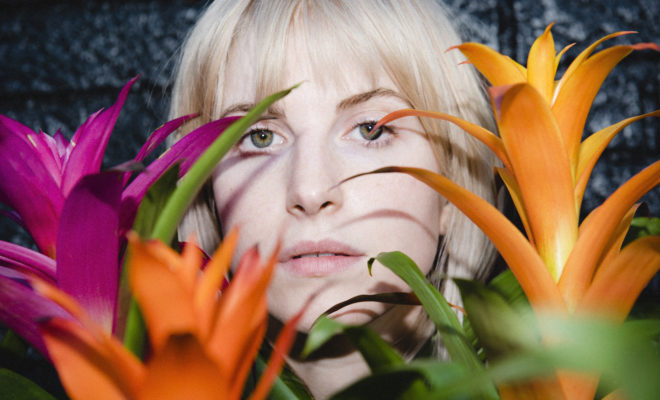 Paramore frontwoman Hayley Williams announced her highly anticipated solo album along with the release of her debut solo single, “Simmer.”

“Simmer” debuted alongside a thematic music video for the track that was produced and co-written by Taylor York. The new song gives fans a feel of what they can expect from her upcoming studio album, PETALS FOR ARMOR, which debuts on May 8th.

“I’m so ready and so incredibly humbled to get to share this project,” Hayley said. “Making it was a scary, empowering experience. Some of my proudest moments as a lyricist happened while writing ‘PETALS FOR ARMOR.’ And I was able to get my hands a little dirtier than usual when it came to instrumentation. I’m in a band with my favorite musicians so I never really feel the need to step into a role as a player when it comes to Paramore records. This project, however, benefited from a little bit of musical naïveté and rawness and so I experimented quite a bit more. I made this with some of the closest people to me. Their respective talents really shine bright throughout the record. I like to think we all make each other better and the result is something that sounds and FEELS exactly as I’d hoped it would. Now that it’s time to put it all out there, I can finally exhale. I’m excited to let people in to experience a different side of myself that I’ve only very recently become familiar with.”

“Simmer” marks Hayley Williams’ first new music release since Paramore’s chart-topping 2017 album, “AFTER LAUGHTER.” Highlighted by the gold-certified “Hard Times,” and singles “Told You So,” “Fake Happy,” and “Rose-Colored Boy,” the LP debuted at #1 on Billboard’s “Top Alternative Albums” chart upon its May 2017 release while also arriving on the overall SoundScan/Billboard 200 at #6 – Paramore’s third consecutive top 10 chart debut.