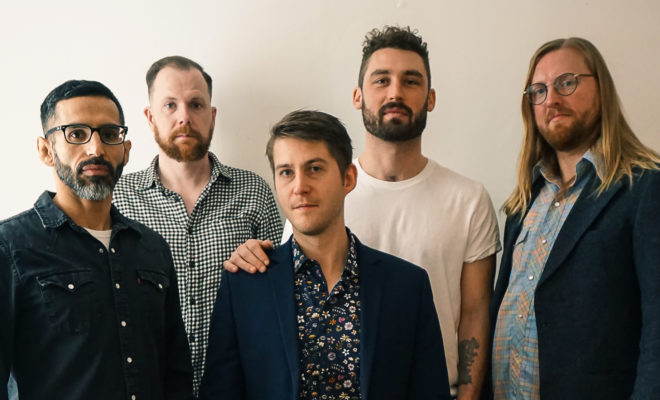 PREMIERE: The Actual Goners “Back Lane”

The Actual Goners came into being after a hedonistic ramble in the French Quarter of the Big Easy, Paris of the South, New Orleans. Tristan Armstrong, who was living in Toronto, had been in town visiting longtime friend Duncan Symonds who was attending university in Louisiana at the time. Nearing the end of that momentous night Armstrong suggested they get matching bumblebee tattoos to commemorate the evening, and their years of friendship. Symonds, having a slightly clearer head in that moment, held off on the idea, but instead suggested that when his degree was complete, he would move to Hogtown, the Big Smoke, T.O. and they would start a musical project together.

The two had initially met close to ten years prior on campus at Malaspina University- College (now Vancouver Island University) in Nanaimo, BC. While living there, they collaborated on several original music projects including The Brethren, Paisley Eye, and the Mother Tongue Band. Armstrong moved out to Toronto in 2012, during which time he and Symonds continued to be involved in various original music projects on their own, but they always knew that working together was something they wanted to do again.

Symonds made good on his promise and moved in the spring of 2017. A passion for music and live performance is the reason why both of them now choose to live in Toronto. They both work regularly with artists in the Toronto scene such as Dione Taylor and Zachary Lucky, and have had the opportunity to play one-off gigs in backing bands for Jim Cuddy, Ed Robertson and Dan Aykroyd. Reunited and living in the same city, new material came naturally and they quickly had over a dozen new songs. The style is influenced by modern heavyweights such as Jason Isbell and Wilco, and also pays homage to the lineage of Canadian and American roots-rock musicians such as Neil Young, The Band, John Hiatt and Tom Petty. There is a respect for the former songwriting tradition, but certainly no fear of incorporating more contemporary elements into the sound. Lyrically, they deliver personal and ageless tunes that capture and celebrate the compelling moments found in the unglamorous day-to-day. Time spent immersed in the music cultures of New Orleans and Nashville has undoubtedly had an influence on their music.

The Actual Goners began playing live shows in April of 2018. Since then, they have performed in many of Toronto’s most established venues including The Horseshoe Tavern, Cameron House, Lee’s Palace, The Piston and Junction City Music Hall.

“I’ve always had some loaner tendencies. In the context of a relationship, that can sometimes be misconstrued as being distant or disinterested. I’ve always felt the need to spend time alone. Taking in the view somewhere outside has a way of helping me sort through my thoughts.

I lived in a second storey apartment above a bar on Bloor Street in Toronto for a few years. I had a chair set up at the back window that looked out at a back alley, over which hung an impressive willow tree growing from a neighbour’s yard. The tree gave me a bit of a connection to nature, that I was missing in living in the city. It’s one of the only places I’ve lived that had a view. The song is about the end of the relationship with the partner I lived with in that place.”