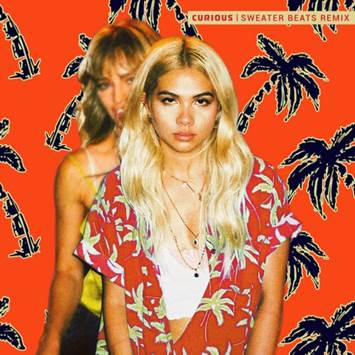 Kiyoko kicked off #20GAYTEEN (coined by Hayley and her fans) with current smash single, “Curious,” heralding the official launch of her highly anticipated debut album EXPECTATIONS, which arrives everywhere on March 30th and is available now for pre-order HERE. Check out the official tracklisting, that Hayley announced earlier this week on her Instagram, which includes a collaboration with label mate and R&B powerhouse Kehlani. Watch the video for “Curious,” which has amassed nearly 8 million views in under two month HERE. “Curious” is currently climbing radio charts and has been recently added at over 50 stations nationwide, entering the Top 40 this week.

Next month, Hayley will make her Coachella festival debut before embarking on her recently announced nationwide EXPECTATIONS TOUR which has already sold out two New York shows at Irving Plaza, plus dates in San Francisco, Chicago, Boston, Toronto and Philadelphia. For complete details and availability, please visit www.hayleykiyokoofficial.com.