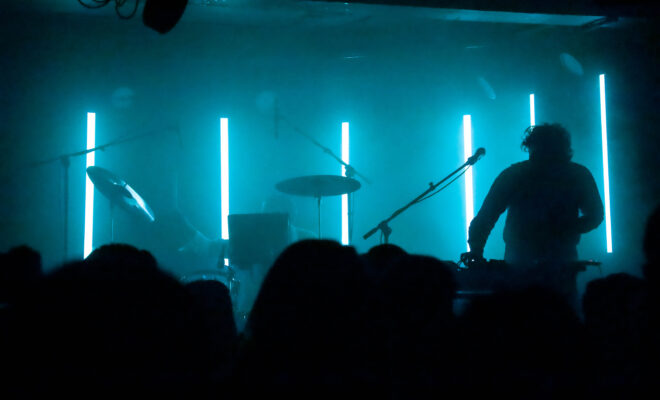 Geographer and Chong the Nomad make their way to Chicago 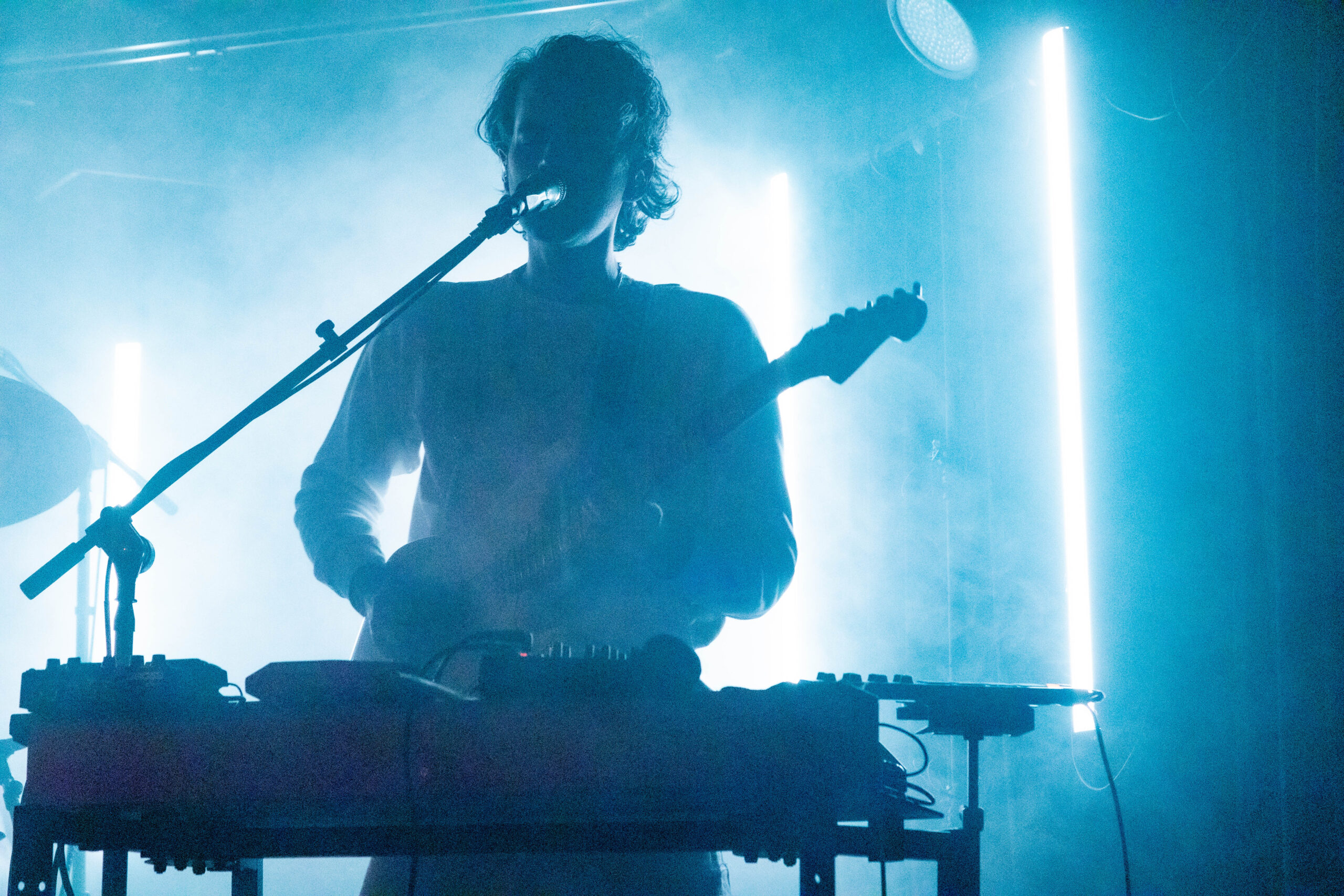 Geographer at The Empty Bottle

Geographer and Chong the Nomad absolutely rocked The Empty Bottle last Tuesday night. Mike Deni started this journey as Geographer in 2008 and has released almost 10 albums since then. Having been a fan since 2012, it is very heartwarming to see talent continue to stay true to its roots for such a long time. This tour was to perform multiple tracks from the discography but mostly songs off of the newest album. Down and Out in the Garden of Earthly Delights. The album was due to release in the spring of 2020, but the pandemic delayed its release until 2021. However, most fans will agree that it was well worth the wait.

Opening for the night was Chong The Nomad, a very funny and interactive musician, who creates experimental beats with a real passion. In the first moments of their set, they were sampling a scream from the movie The Mummy. Which turned out to be a very exciting beat. They communicated with the audience and asked which kicks to add to complete the exciting track.

Soon after, we got to experience their lovely voice in action. They also showed off their skill by whipping out a ukulele and beatboxing while playing the harmonica at separate times in the set, as the venue was small which didn’t stop everyone from getting close to the stage and dancing. It was a really refreshing display of talent. 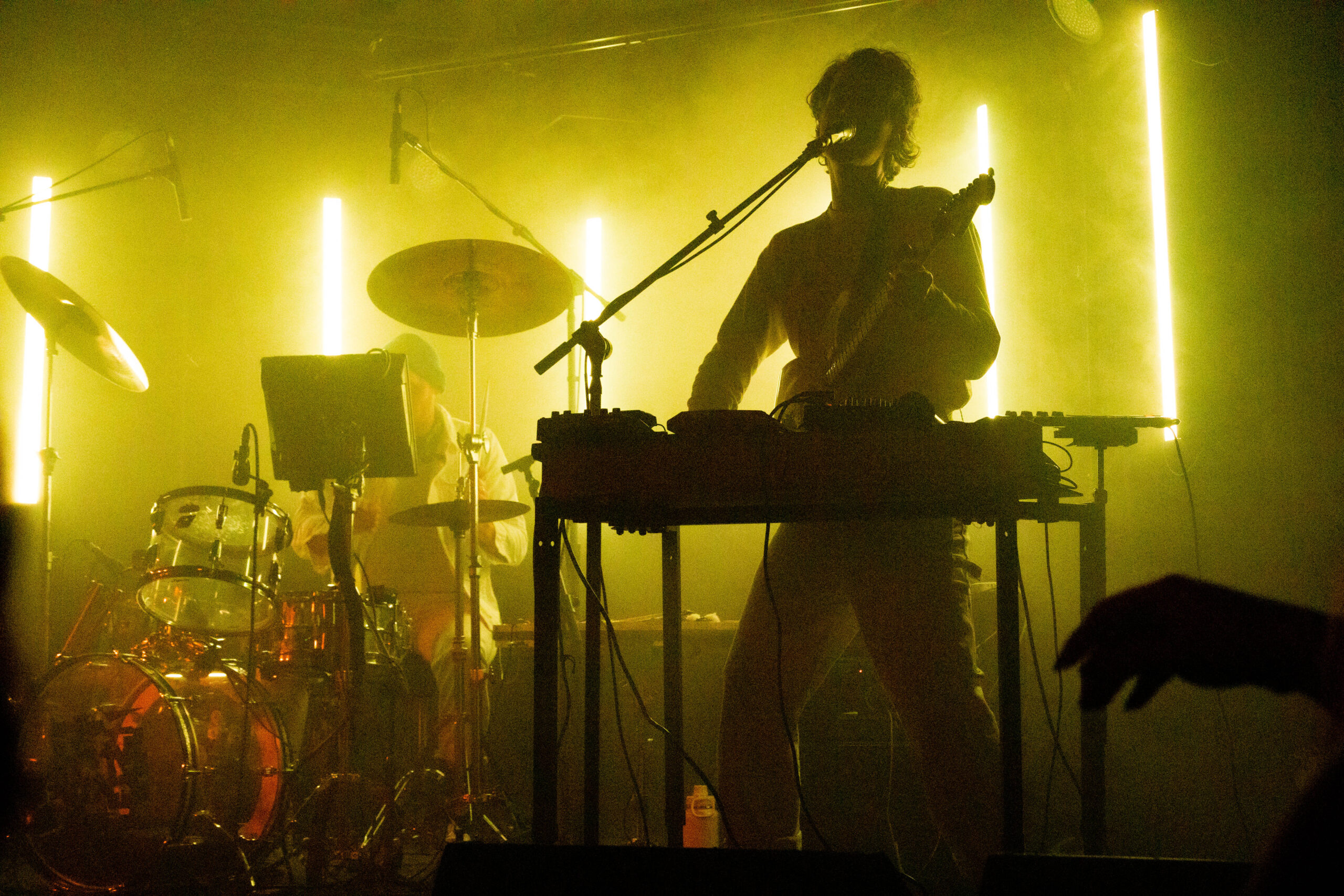 Geographer at The Empty Bottle

As for Geographer’s performance we got to experience the world of Down and Out in the Garden of Earthly Delights. The set was a delight on its own, as the vertical bars of lights lit up behind the two on stage, creating a silhouette surrounded by fog. Opening the set with the third track on the album, Hollow– the drums began to hit, and Mike began to let the pipes loose. The audience was greeted with enchanting vocals.
The venue, which can hold up to 400 people, was crowded but there was plenty of room to dance— and everyone was. A great location for Geographer to play. It was filled with a really dreamy, colorful vibe to match the energy of the audience. Fans from the beginning were hoping to hear some classics mixed in with the new album, and classics they received. The set was closed with Verona, Paris, and Kites, leaving fans with a great note to end the night on. The set was truly an experience you won’t want to miss!