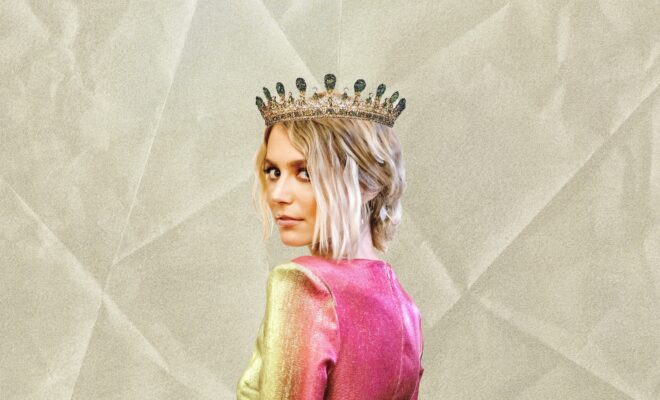 Stage Right Secrets is thrilled to exclusively premiere Cali Rodi’s latest single, “God Save The Queen.” The track is nothing short of an anthem for those feeling hopeless. The single packs a punch with an underlying pop production with hints of rock flair.

“While putting money in a parking meter on my way into a songwriting session, I looked up and a strung-out, towering man was stumbling towards me.,” Cali said. “Living in a big city like Los Angeles, that’s a fairly normal thing, so I didn’t think much of it. Suddenly, he started running towards me and calling me a bitch. A switch in my brain automatically flipped to panic mode and I started sprinting in the other direction. Before I knew it, he had me cornered. Even though I was screaming for help, I couldn’t get over the fact that in broad daylight on Ventura Boulevard, no one stopped to help me.”

“He pushed me, I felt I had no choice but to push him back with all my strength and ended up faking him out and running into a Subway where I hid behind the counter,” she recalled. “My hands were shaking the entire day. The next day, when I arrived at my session, I called my male co-writers to escort me from the parking garage. I was still terrified to walk around alone. I explained to them what happened (also showed off my new neon pink pepper spray I attached to my keys) and decided we needed to write about it. That’s when ‘God Save The Queen’ was born. I wanted to create a song that gave me hope and strength because I felt powerless in the moment. A modern take on the iconic Sex Pistol’s classic. It’s an understatement to say life is hard these days, but that doesn’t mean we can’t still have a little fun.”

The track was produced by Lindgren and written by Cali, Melanie Fontana, Taylor Dexter, Wesley Singerman, and Lindgren.

Listen to the track, below.