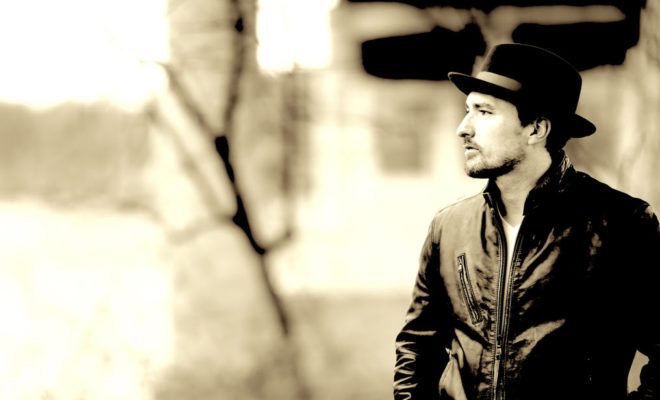 Nashville based singer/songwriter, Erik Dylan, is set to release his new album, Heart of a Flatland Boy in October. His new music is amazing and we are so excited for you to hear it! Erik shared an exclusive preview of the album with us. The song he chose to feature is number eight on the record, “Your Way Down.” Check it out below!

The Track Listing for the album is as follows:
1. Flatland Boy
2. It Ain’t Broke
3. Pink Flamingos
4. Willie Nelson T-Shirt
5. The Good Life
6. Girl That Got Away
7. Astronaut
8. Your Way Down
9. Fishing Alone
10.Map Dot Town

We had the opportunity to chat with Erik and discuss his new album, touring, and more! Check it out below.

Your new album, Heart of a Flatland Boy, is set to release next month. What was the recording process like behind the record?
“The whole process of the record is interesting. I got signed to Warner Chappell for a publishing deal about five years ago. I have accumulated these songs over a 4-5-year period. I wrote with another guy named Randy Montana. We decided that we were going to produce this album ourselves independently. I write modern country music for other people so much. I wanted to write something more stripped down. We recorded it with a very small band. We tried to make it as live feeling as we could. I played acoustically with the band through everything. We kept the original vocal takes from the studio. We didn’t overdub vocals or anything. There is something really special about the emotions in the studio when you are recording with the band.”

Do you have a favorite song off the record?
“I really love all the songs. I started with a list of 35 songs that I got down to 10. I love all of those songs for different reasons. Personally, I think “Fishing Alone” is my favorite. I just really love how that song came out. It is the song that is closest to my heart. I see people react to that song the most when I play it live. It’s a song everyone can relate to.”

You said you started out with 35 songs?
“Yeah, Randy and I had a list of 35 songs we went through that would be a good fit for this album. I had the title of the record in my mind for a long time. I grew up in Kansas and I wanted to write a record to represent the day to day struggle from the area I grew up in. I wanted to do something that my high school buddies could relate to. That was my goal. I wanted to create something that was a picture of what it’s like to live in a small community.”

When you have so many songs, how do you narrow it down?
“It’s very tough to narrow it down. A lot of it is pace and listening to what the songs sound like next to each other. We are doing vinyl on this record and I wanted it to really flow. It really came down to the ten songs that stood next to each other the best. If I did it again, there could be different songs on there, but I really love how it turned out. It honestly makes me want to make the next record.”

Do you have any special plans for your album release next month?
“We are planning on doing some stuff in Nashville. Definitely some listening parties. I will probably do something in Oklahoma City and then I would like to do a show back home in Kansas. In 2017, I plan on getting on the road as much as I can, as well as continuing to write for Warner Chappell.”

You recently performed at the Ryman for a Guy Clark tribute show. What was that experience like?
“That was the coolest thing that I have ever gotten to do. Guy and I wrote the last few years of his life and became buddies. I got to go over to his house and drink coffee with him. He has always been my musical hero. If nothing else happens in this town, that’s okay because writing with Guy was more than I asked for when I got here. It was great. It was really cool being on stage. I was a fan just as much as I was an artist in that show. I was out in the crowd watching every song I wasn’t a part of. It was a special night.”

Since you also write for other artists, what is your songwriting process like when you are writing for someone else versus when you are writing for yourself?
“I think that comes down to the co-writers. If I write a song by myself or with someone else. For this record, I think there is only a total of 7 writers on the record. Two of those seven only wrote one song a piece with me. The body of the record was done with five people. You get in a rhythm where people understand what you are doing. You really don’t have to explain what your vision is to those writers; they just know. That’s the lyrical vibe I like to go for. First and foremost, I am a lyrist. I write 100-150 songs a year for Warner Chappell. The cool thing is sometimes you go into a songwriting session not writing for yourself, and then you listen to the track back and realize it actually was for yourself. That really helped me understand who I am as an artist. When you write so many songs, you notice songs that are really close to you and songs you really love playing live. That was honestly the greatest thing that ever happened to me. It helped me figure out who I was. You see that a lot in Nashville. Artists really find out who they are when they write songs everyday.”

Do you plan to tour a lot in the upcoming year?
“We are actively talking about all of that. We are trying to narrow down opening slots. I have three or four artists that I have been talking to about going on tour with. I am just trying to make sure all of that works out. What’s cool about writing songs when you are also an artist is that you accumulate a lot of friends. My booking agent has been calling other artists, letting them know what my plans are. That’s what I love about Nashville, people are always willing to help the new guy out.”

Who is one artist you would love to collab with?
“I’ve always wanted to write a tune with Eric Church. I think we would get along really well in the studio. It would be a cool collaboration.”

Do you have any pre-show rituals to get you pumped before a concert?
“I try to make sure my band is there. We tour in a van and I do most of the driving. When I go out on the road, I try to wake myself up after traveling for twelve hours. My pre-show ritual is to look around and remember why I do what I do. I look back at where I was five, ten years ago. Every time I play, it seems like the crowd gets better and it becomes a cooler show for me to perform. I want to make sure everything is right and everyone is ready to go. Sometimes it’s just a crash course getting out there. When you’re the opener, my job is to let the crowd know who I am in 30-40 minutes without having a full set. I try to gain as many friends and fans as I can, so the next time I’m in that town, I can have them and all of their friends at the show too. I usually have a bottom shelf whiskey on the rocks before I go on stage. That would be my ritual. It reminds me that I am the opener because I don’t deserve any top shelf.”

Be sure to get Erik Dylan’s album, Heart of a Flatland Boy, when it drops next month!