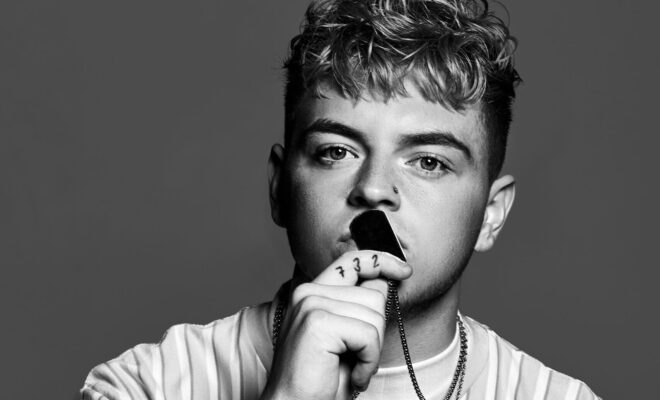 Exclusive: AK on his “Family Tree”

AK is taking over the Hip-Hop world by storm. His latest single, “Family Tree” has a killer music video and got him a Billboard in Times Square. We got to chat with him on it all.

What’s the story behind your latest single “Family Tree”?
The whole purpose of “Family Tree” is to express how it’s important to recognize the influence of those who come before us and give freedom and encouragement to those that are current and trying new things that are different. We are all a product of each other. At the end of the day, we inspire each other and help one another to grow in so many aspects whether we know it or not.

The music video is so cool! How did you come up with the concept?
My manager Brian, his assistant, and I came up with the concept of the video after seeing the use of Deep Fakes in other videos. We thought by using that same technology to show the faces of artists who inspired me personally or changed the game in ways others did not, we could showcase the idea of us being a product of one another in the most unique yet fitting way possible.

Who of the Hip-Hop legends you included would be a dream collaborator?
I would have to say for me personally, Lil Wayne or J. Cole. I understand they’re still around and are active artists, but they’re huge legends to me. There are no limits on anything we could create whether it was Wayne or Cole. It would be crazy to do something with either of them.

Can we expect an EP or LP soon?
I won’t answer this question with much. But yes.

You currently have a billboard in Times Square! Congratulations! Do you have a biggest goal you hope to achieve in your career?
Thanks so much, yes that is honestly insane. It was a surreal thing to see in person for me. I would say my biggest goal is to never stop growing/limiting my creativity. I wanna be able to dip a finger in whatever I find interesting as a creative. If my goal had to be a “thing” I would want to have a whole wall in my house off all my platinum plaques.

just a kid living his dream. Plenty more to come but im cherishing this moment with my family and you guys.. WE GOT A FUCKING BILLBOARDS IN TIME SQUARE NYC😭😭 #FamilyTreeOUTNOW

You’re a Jersey boy! What has been your experience in an epicenter of the pandemic?
Maaaaaannnn, Jersey was pretty insane at one point. Literally everything was shut down. Couldn’t even be out on the road past a certain time. Things are obviously a little bit better than they were now, but still, everyone is masked up, some stores are still closed and people are preparing for the potential second wave they say may come in the fall.

What have you been reading, watching, and listening to during quarantine?
I have been listening to a lot of my own music since I’ve had nothing more to really do besides write songs and make beats. I want to get back on the road soon and get out on tour again but in the meantime I’ll keep working on new stuff and watching Neil deGrasse Tyson’s StarTalk podcast on YouTube. If you haven’t seen it, you definitely need to watch it

What do you think the future of live music will be like?
Well, I honestly don’t know. I’ve seen artists do live shows via Zoom or Instagram Live. But nothing compares to being face to face with an audience. I’m just praying artists like me will have the chance to get back to proper live shows soon, as long as it is safe for everyone that gets involved.